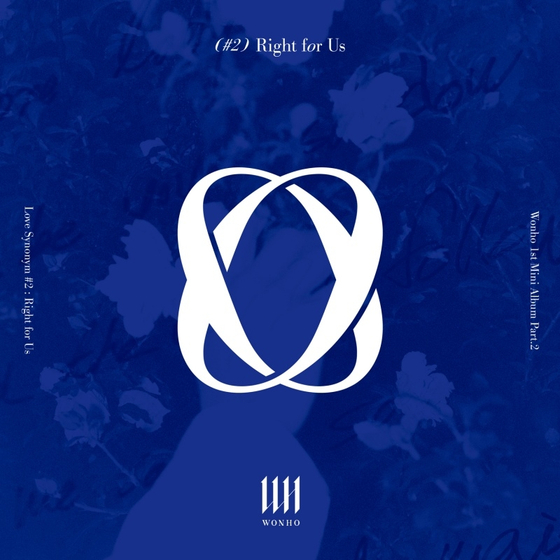 
Singer Wonho released his second solo album “Love Synonym #2 : Right for Us” at 2 p.m. on Friday.

The album is the second part of his solo album project “Love Synonym.” His first album, “Love Synonym #1 : Right for Me” was released last September.

“If the prior album stated his intention to mark his way into [the music industry] as a solo artist, he tried to show a more solid and promising musical universe through this album,” his agency Highline Entertainment said.

Including the lead track “Lose,” which comes in both Korean and English versions, a total of eight tracks are on the album. “Lose” is the work of producer Noah Conrad, and Wonho is said to have been directly involved in writing the lyrics for the song.

Wonho debuted with boy band Monsta X in 2015 and left the group in 2019. He started working as a solo artist from last year.