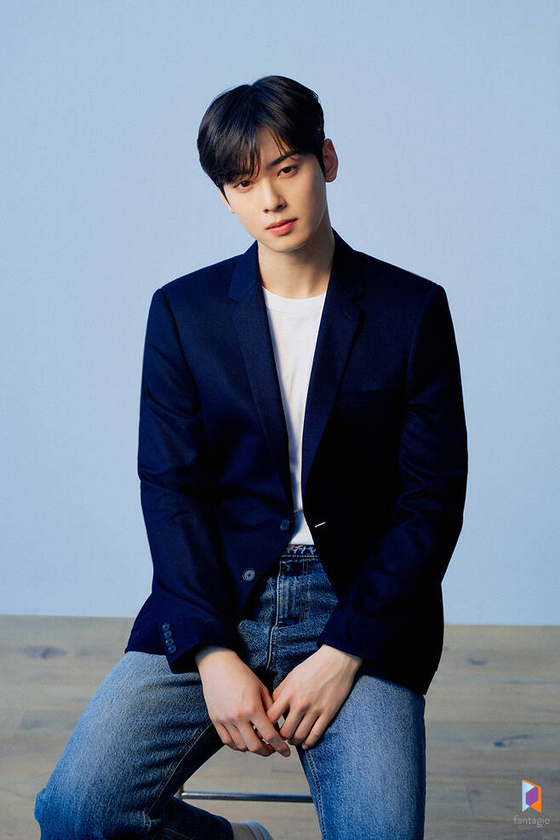 
Actor Cha Eun-woo, also well known as a member of K-pop group Astro, most recently took the lead in the now-finished tvN drama “True Beauty.” It marked the third time he took on a lead role in a TV drama.

The singer-turned-actor has amassed 17 million followers on social media, and his name also became the most searched for keywords related to a drama in January during the final week the show was airing, according to a data company Good Data Corporation.

In the drama, which is an adaptation from a webtoon of the same title, the actor played a character named Lee Su-ho who seemed to have it all. He garners attention from many thanks to his good looks and aptitude for sport but he remains uninterested in reciprocating any of that attention.

“The scene where Lee shared how he felt with Ju-gyeong [his love interest] is very memorable because that's the scene where he really showed what was on his mind," said Lee during a recent interview with the Ilgan Sports, an affiliate of the Korea JoongAng Daily.

“I was very nervous about that particular scene before the filming started, and I thought a lot about how to deliver the character’s sincere feelings.”

The actor shared more about the process of filming the drama and his plans to return to the stage as a singer. Below are the edited excerpts.


Q. How do you feel now that the drama has ended?
A. I feel like I need to be on the set tomorrow. The character grew on me, so I felt [sad] to let that friend go. 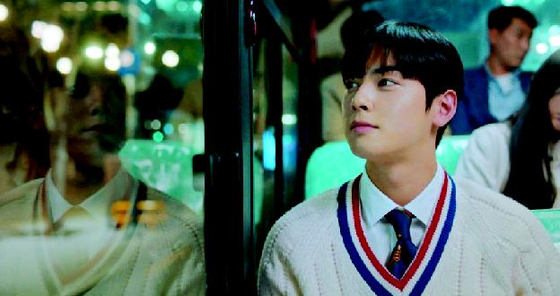 How similar do you think you are to the character?
I don’t think we are completely the same. Maybe about half the time, we are the same. How Lee is straightforward with his feelings and how much he loves working out is where we are similar. The script describes Lee as a sociopath who is very cold, but I don't think I'm like that.

Many have said that you look like a cartoon character. What do you think about that?
I’m very thankful and delighted to hear such a thing, but I don’t want myself to be restricted to that image. I would instead love to be called “fashionable” and to give an image that I don't only look good on the outside but am nice inside as well.

You're known to have been a good student when you were in high school. How would you describe yourself as a student?
I really did study hard until my first year in high school. When people say I was the third in my class, many would assume I did really well, but that was the end of it. (Laughs) When I started as a trainee to become a singer, I couldn’t spend as much time studying.

What does it feel like to work as both a singer and actor?
When I am more focused on working as a singer, I watch different dramas and movies in my spare time and think about what roles I want to play. When I act, I watch videos of onstage performances to think more about what kind of show I want to present on stage. I think they both harmonize and give me a synergy, so I’m thankful.

What do you usually do when you have free time?
While I was working on the drama, I got to do jujitsu for the first time. It wasn’t the real thing in the drama, but even that actions were so much fun. I find that sport interesting and want to learn more. I also want to read more as I have not read much recently, and watch more movies.

What plans do you have this year?
The recent drama was so much fun, I’m more eager to show more fun and new sides of me. Also, Astro is preparing a comeback as well. Wait for it.