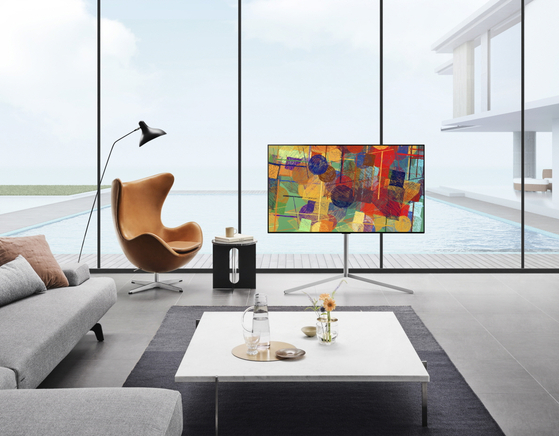 
LG Electronics has lowered the price of its organic light emitting diode (OLED) TV models by around 20 percent, a move aimed at boosting appeal to mass consumers.

The 65-inch model of its G series that incorporates 'evo' OLED panels to improve brightness will become available at 4.6 million won, down 17.9 percent from last year’s retail price at 5.6 million won.

The cuts are aimed at bringing more consumers to premium TVs at a time when top-of-the-range liquid crystal display (LCD) TVs, such as Samsung’s Neo QLED, will likely come with high prices due to increasing prices of the display type.

Samsung Electronics is scheduled to unveil its 2021 line-up on Wednesday.