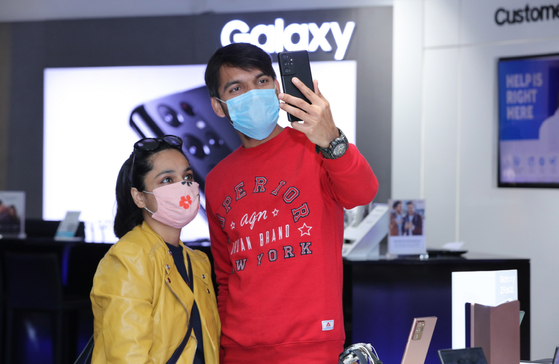 
A 22-year-old university student with a phone from Samsung Electronics finds the “S Bike Mode” useful.

When he gets a phone call while driving, the app automatically informs the caller that he cannot answer because he is driving. It allows him to take the call only when he stops the motorcycle.

Samsung Electronics is making every effort, such as introducing affordable smartphone models, to target Indian consumers as a part of effort to win in the country.

India is considered a land of opportunity, as almost half of the population has never owned a smartphone before. The penetration rate for smartphone devices in India was about 30.8 percent in 2019, but increased to 36 percent last year. 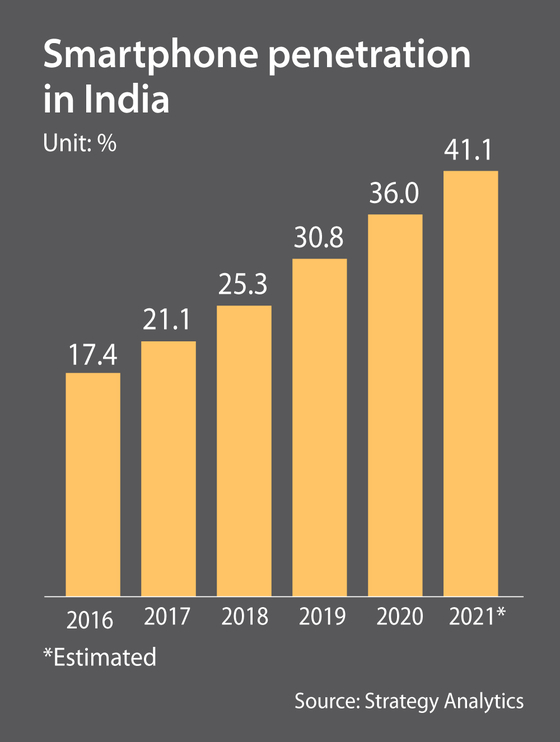 According to market researcher Strategy Analytics, sales of smartphones in India is the second largest in the world after China.

China’s Xiaomi secured the No. 1 spot in the Indian smartphone market with some 27.7 percent share last year. Samsung Electronics was No. 2, with some 20.2 percent, while China’s Vivo was No. 3, with 16.8 percent. 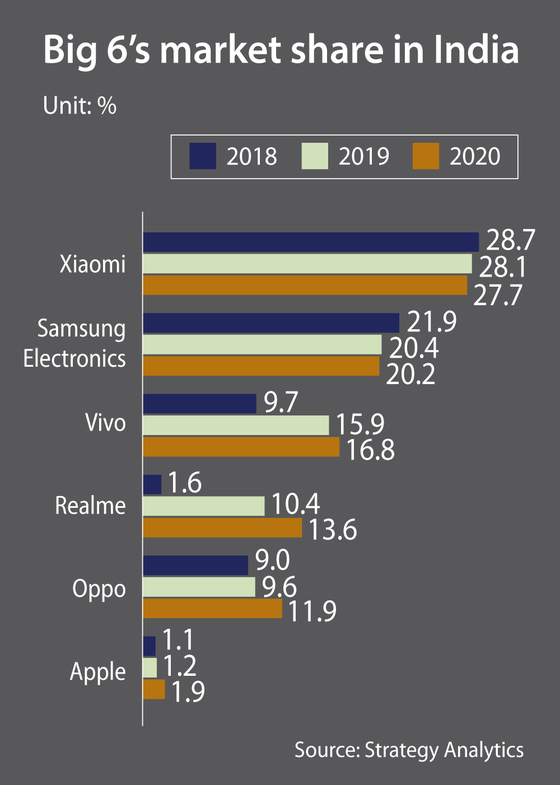 
Some 41 million Xiaomi smartphones were sold in India last year, while Samsung sold some 30 million units.

Samsung beat Xiaomi in the third quarter of last year in terms of sales but was overtaken by Xiaomi again in the fourth quarter.

As part of efforts to attract Indian consumers, Samsung Electronics late last month started selling the Galaxy F62, which is only available in India.

Galaxy F62 has a battery capacity of 7,000 milliamp-hours (mAh), larger than the company’s most recent Galaxy S21 Ultra, and an Exynos 9825 processor. The smartphone features a 64-megapixel camera with a quad rear camera setup.


Samsung Electronics has also been trying hard to come up with affordable devices that have special functions to suit local tastes.

Considering India’s weak internet infrastructure, it offers My Galaxy app for free to smartphone users, which allows people access to videos, music and gaming, along with other services, such as booking a movie and discount information and coupons that can be used in fashion and travel.

“In order for Samsung Electronics to maintain its top spot in world’s smartphone market, India is the core market that the company must capture,” professor Lee Kyung-mook, who teaches business at Seoul National University, said. “The company should not repeat the failure it experienced in Chinese market.”