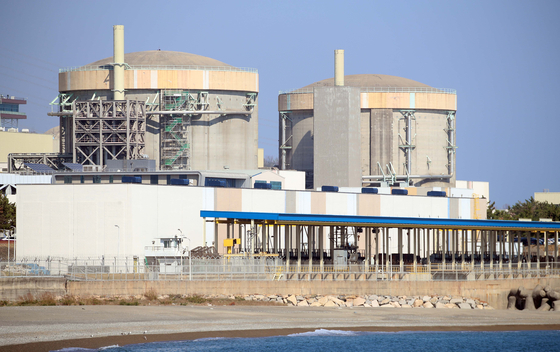 Wolseong-1 nuclear power plant, which permanently closed in 2019 under the government's plan to phase out from nuclear power. [YONHAP]


A Korean business lobby called on the government to adjust the pace at which it phases out nuclear power in a report released Thursday that compares energy policies in major advanced economics.

The Federation of Korean Industries found that the United States looks to maintain nuclear power at current levels in terms of percent of total electricity generation, while countries like Britain, Japan, and China want to up the percentage by adding new plants.

“It is a global trend where countries move to curb fossil fuel energy and bolster renewables,” said Kwon Hyeok-min, the leader of an industrial policy team at the federation.

“Still, it may take a long time for renewables to act as a mainstream energy source. This is where nuclear power comes in to offset the slow development of renewable energy,” Kwon said, adding that Korea’s phaseout is too fast to keep the pace.

The report highlighted the approach taken by the world’s major economies.

U.S. President Joe Biden pledged to renew existing nuclear power stations, given that nuclear plants could not only produce electricity in a stable manner but help achieve the zero carbon with hydrogen production.

The Biden administration committed the United States to the net zero carbon emissions by 2050 with an aim of increasing the proportion of renewables to 42 percent in the target year from 18 percent as of 2019, according to the report.

Britain will go a step further as it plans to build three new nuclear reactors while extending the operation of eight existing plants.

Japan, the country hit by the Fukushima nuclear disaster in 2011, also looks to increase the proportion of nuclear power generation from 6.6 percent in 2019 to the range of 20 to 22 percent by 2030.

China plans to scale up the share of nuclear power to 12.2 percent by 2035 from 5 percent in 2019 as it also sees nuclear power as an alternative to carbon-emitting fossil fuels.

Korea, on the other hand, will gradually exit from nuclear energy under the “Renewable Energy 2030” initiative devised by the Moon Jae-in administration. Nuclear power accounted for about a quarter of overall power output in Korea in 2019.

The government wants to lower the number of nuclear reactors to 14 by 2038, hoping that renewables will replace the lost capacity.

It aims to increase the amount of renewable energy as a percentage of total power generation to 35 percent by 2040 from the current 5 percent, according to the International Energy Agency data cited by the lobby.

Germany and France are in the same boat as they are on track to reduce nuclear power.

Korea has lots of 'unicorns' and no way for them to fly: FKI