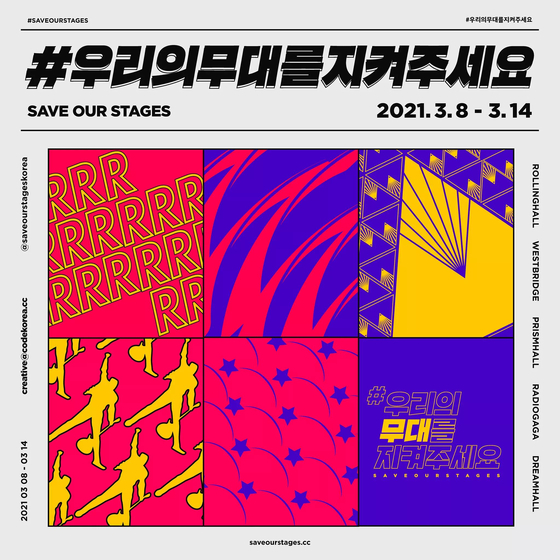 The online poster for the #saveourstages festival and campaign [CODE KOREA]


The #saveourstages online music festival kicked off on Monday with the goal of saving the capital city's small-sized indie music venues by holding concerts at five different locations in western Seoul’s Hongdae neighborhood. Featuring a whopping 67 acts from diverse genres of Korean music, #saveourstages runs until Sunday, giving fans, musicians and music venues a chance to come together and tackle the coronavirus crisis which has hit the indie music scene particularly hard.

Among the lineup of artists are some of Korea’s most sought-after indie singers such as Car, The Garden, Jannabi, Jambinai and Soran, rock bands No Brain, Crying Nut and Dickpunks as well as leaders in the hip-hop scene such as Dynamic Duo, DJ DOC Garion and 45RPM. The artists will take to stages at five different venues — Rolling Hall, West Bridge, Prism Hall, Radio Gaga and Dream Hall — each for around 40 minutes and all at different times, so viewers can toggle through each live stream session on Presented Live.

The timetable of the performances can be found on the official website saveourstages.cc.

The name of the festival, #saveourstages, comes from a U.S. movement to save independent venues that was started by the National Independent Venue Association (NIVA) last year to protect small-sized indie performance venues that were forced to shut amid Covid-19. NIVA, which is comprised of a coalition of 3,000 indie venues, passed the Save Our Stages Act in October last year as a part of a Covid-19 relief bill, the provisions of which include: A $10 billion grant program for live venue operators, promoters, producers and talent representatives; relief through tax credits; and support for live event workers and artists. 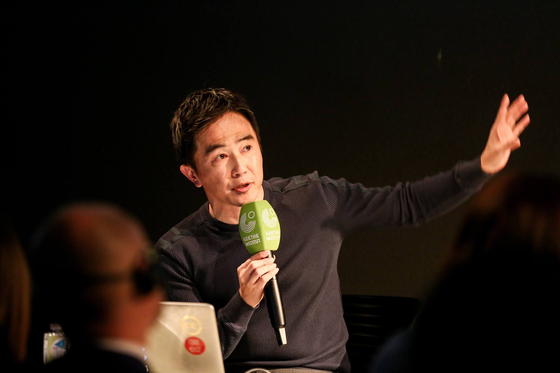 
Lawyer Yoon Jong-soo, who is leading the project in Korea, put the festival together after lamenting how the nation’s music venues were shutting down, in part due to lack of support from related authorities. While Yoon was inspired by the U.S. #saveourstages campaign, the Korean version is not part of the original movement.

Participants have voluntarily come together, according to Yoon, while volunteer workers and artists have been sharing messages of support through their social media accounts. The festival has been organized by Code Korea, which said it will reveal the proceeds from the event after it ends. 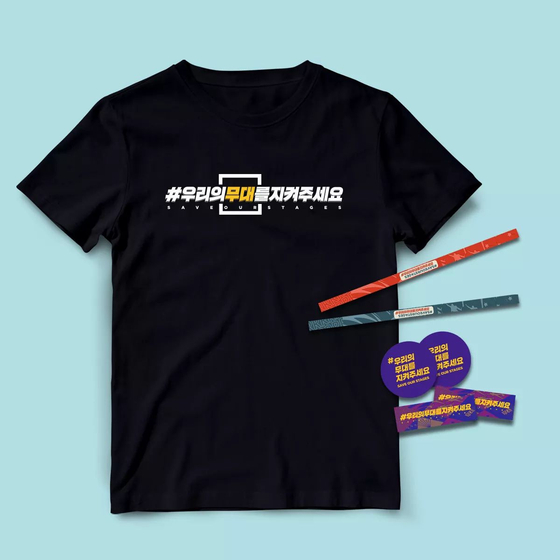 Merchandise for the #saveourstages festival and campaign [CODE KOREA] 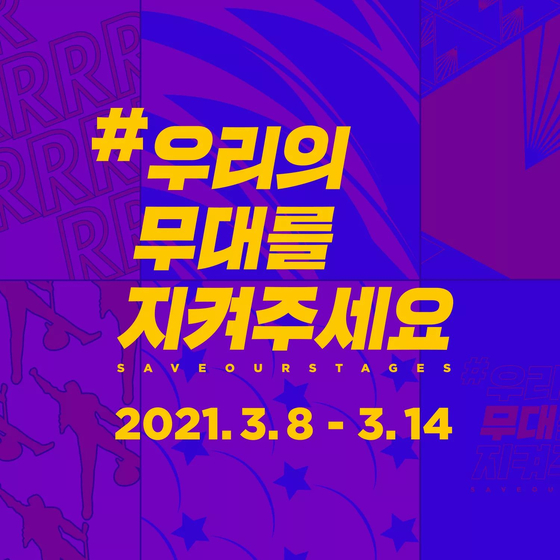 
“The income from ticket sales and sponsorship will go to rental fees for the stages, payment for staff and artists and a fund for a sustainable indie music ecosystem,” Code Korea said. “We will also endeavor to continue this campaign in the future and make sure that it brings about tangible change and government support, not just end as a one-time event.”

Tickets cost 50,000 won ($44) for the whole week or 10,000 won for a day ticket. Tickets can be purchased either through the official website or on TMON. Other merchandise such as T-shirts and stickers can also be bought on Presented Live. Additional donations to the campaign are also welcome.