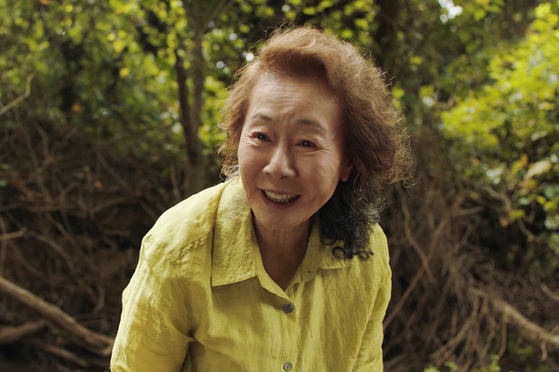 
Despite having a career that has spanned over five decades, actor Youn Yuh-jung, who most recently starred in the critically acclaimed “Minari,” says she still considers acting as just a job.

Youn has caught the attention of audiences around the globe thanks to her portrayal of unorthodox grandmother Soon-ja who arrives in the Arkansas heat from Korea in the 1980s to help to take care of her family. “Youn is a sly scene-stealer, but that’s also true of her character, who infuses her daughter’s home with mischief, folk wisdom and mostly unspoken memories of war, poverty and other hardship,” a New York Times review reads. “But when Soon-ja arrives, we instantly love her,” American media outlet Variety wrote. “David’s [the grandson] not so sure. She’s not at all what he expected.”

“She [Soon-ja] also proves herself able to handle being uprooted better than any of the other characters, who are caught between yearning for the diasporic community they left behind, a determination to demonstrate their own self-sufficiency, and weathering non-malicious microaggressions in order to make friends,” media outlet Vulture wrote.

In addition to the shower of praise, the actor has been collecting trophies from various film associations and festivals around the world — some 30 accolades so far and still counting. On Tuesday she was nominated for best supporting actress at the upcoming British Academy Film Awards, or BAFTAs, and speculation is rife in Hollywood that she is likely to be nominated and possibly even win an Oscar this year, in what could be another huge milestone for the Korean film industry, following the success of Bong Joon-ho's “Parasite” last year.

Youn has become a hot topic among foreign press outlets, who have been publishing profiles and interviews on “one of the biggest stars in Korea.”

What they fail to divulge is, despite her many years in the industry in Korea, the path to her success was a winding and arduous one.


Glittering debut
Youn has never been shy to share the motivation behind her decision to become an actor — the money.

She first entered the industry via a part-time job at Tongyang Broadcasting Company in order to help pay for her college tuition, where she was majoring in Korean Language & Literature in Hanyang University.  However, after debuting as a talent [a local term for actors who make their debuts on television], she decided to drop out of college to completely focus on acting. She first found fame in the lead role of Jang Hui-bin, a concubine from Joseon Dynasty (1392-1910) who is described as a villainous woman who weaponized her breathtaking beauty for palace politics in MBC drama series “Jang Hui Bin,” and successively featured in maestro Kim Ki-young’s two films “Women of Fire” (1971) and “The Insect Woman” (1972) which were something of a sensation when they were released in local theaters. 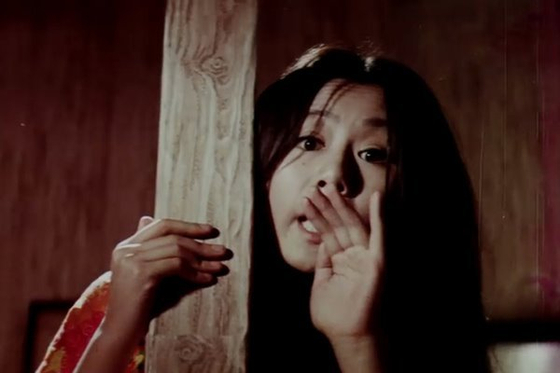 
Unlike the trend of the time which portrayed female characters as meek and obliging and focused on heart-aching love, separation and reunion, the characters that Youn took on were women who had a purpose. They weren’t afraid to pursue their sexual needs or fight tooth and nail for revenge.

“She definitely had potential,” first-generation film critic Kim Jong-won said of Youn back in her rookie days. “She’s very shrewd in interpreting her characters [...] And she gave off a distinctive performance even back then, but the reason why it did not seem as eccentric was because the director also had strong originality. Two people with very unique aspects of their own merged, in this case, to create a phenomenal output.”

She was first recognized for her work at the Blue Dragon Awards and Daejong Film Awards in 1971 taking the awards for best actor and rookie of the year respectively. These accolades were just the beginning.

Return and persevere
In 1972, at what appeared to be the cusp of a wildly successful career, Youn made the decision to emigrate to the United States with her newly-wed husband, singer Cho Young-nam. When she finally returned to Korea and the entertainment industry 13 years later, she was a divorcee and single mother to two sons, and, desperately seeking work to support her family. 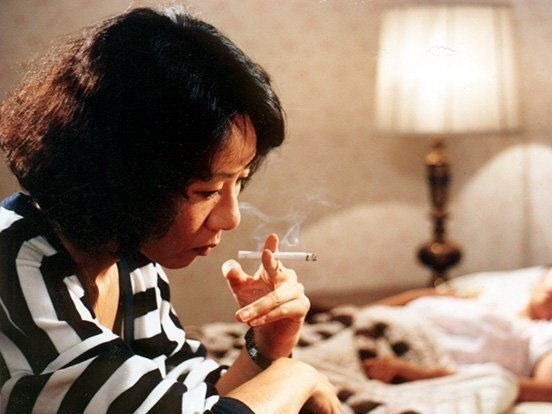 "Woman Requiem" (1985) also known as "Mother," was the first film Youn featured in after she returned to Korea. In this film Youn depicts a fiery mother seeking revenge. [SCREEN CAPTURE]


She was not welcomed back with open arms. Youn often recalls when she was voted the most-disliked actor, or when broadcasters would receive complaints from viewers, saying they “didn’t want to see her face or hear her weird voice” on television.

Shim Hye-kyong, an associate professor of the Hanshin University, attributes this to the still-conservative social norms at the time.

“Back then divorcees, and it didn’t just apply to celebrities, were easy prey to pick on. Such gossip would become the talk of the town, and the way male divorcees were treated was very different [from female divorcees],” Shim evaluated. “Divorce was harsher on women and influenced their reputation more — and there was this notion that divorced single women had the possibility to become promiscuous. They [the female divorcees] were like the outlaws of sex and marital relationships and that’s perhaps why people had their guard up against Youn. Moreover, she was an exception. At that time, there had never been a celebrity who returned to the industry after divorce. Most would just fade away.”

The actor, however, persevered. She took on small roles, mostly as someone’s mother or grandmother on television throughout the 90s, and returned to the silver screen through director Im Sang-soo’s “A Good Lawyer’s Wife” in 2003, where she portrayed a 60-something mother-in-law falling in love with her childhood friend. 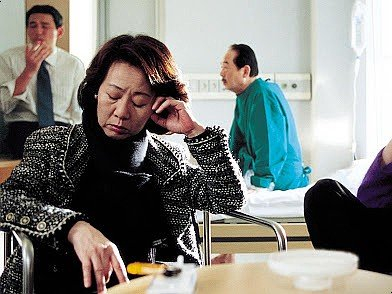 In "A Good Lawyer's Wife" (2003), Youn plays a mother-in-law who falls in love with her old childhood friend. [MYUNG FILM]


“She portrayed numerous characters — mostly old women very susceptible to their desires,” Shim said. "If television stars were identified as talent, and film stars as actors, Youn seemed to straddle both those identities."

Youn went on to work with some of the most-noted filmmakers, sometimes repeatedly featuring in their films such as Im, E J-yong and Hong Sang-soo.

In director E’s “Actresses” (2009), a part-reality, part-fictional story revolving around six celebrities, she is the star who talks about fashion with model and actor Kim Min-hee. In Im’s “The Housemaid” (2010), a remake of director Kim’s 1960 film of the same title, she plays an old maid who lurks in almost every corner of the mansion. She donned sunglasses and a black suit to play a ruthless boss of a crime ring in “Hindsight” (2011) and portrayed a madam, lusting after sex and power in “The Taste of Money” (2012). In director E's “The Bacchus Lady” (2016) Youn plays an elderly prostitute who looks for work around the parks in central Seoul. 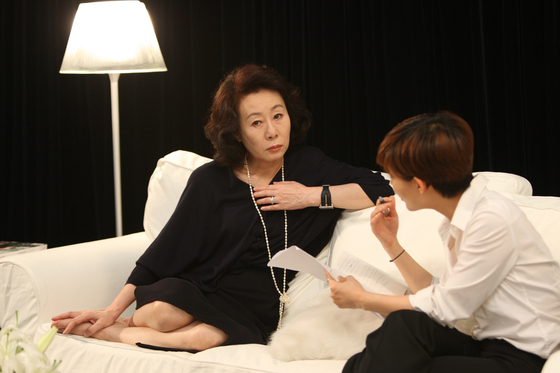 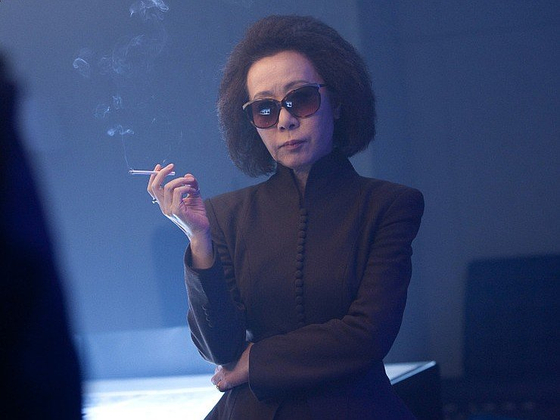 In ″Hindsight″ (2011), Youn plays the ruthless leader of a crime ring. [CJ ENTERTAINMENT] 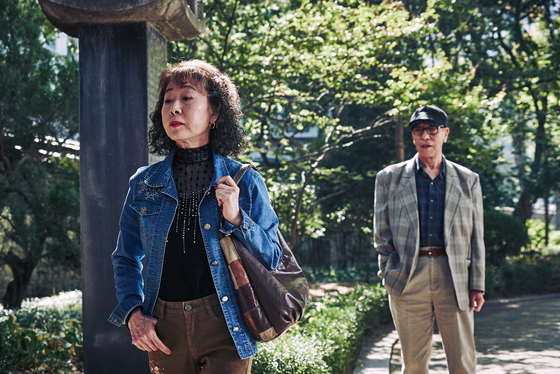 In "The Bacchus Lady" (2016), Youn portrays an elderly prostitute, wandering the parks in central Seoul for potential customers. [CGV ARTHOUSE] 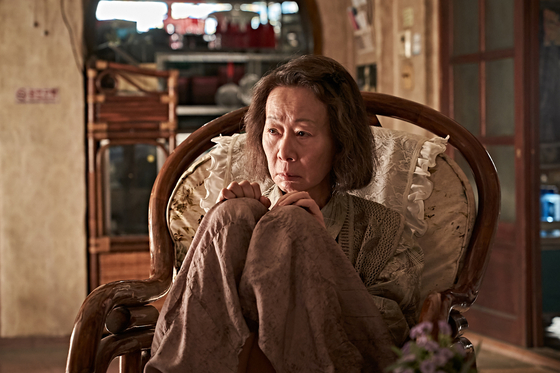 In "Beast Clawing at Straws," she portrays a mother-in-law suffering from dementia. [MEGABOX M PLUS]


While many directors used Youn to personify humans' most fundamental desires, she shied away from the public eye and celebrity life.

“She was categorized as ‘one of them’ — those veteran female actors in a similar age group who would feature in peculiar narratives,” film critic Kim Hyung-seok said. “She was less well-known to the public, but within the industry, the analysis was that she was unparalleled.”

Her name started trickling into the mouths of local audiences again in 2013 after her appearance in the traveling variety show “Sister Over Flowers.” Her popularity escalated with two seasons of “Youn’s Kitchen” in 2017 and 2018 and the currently airing “Youn’s Stay.”

Experts say that her direct but honest nature and humor appealed to younger generations and changed the perspective people had about her. 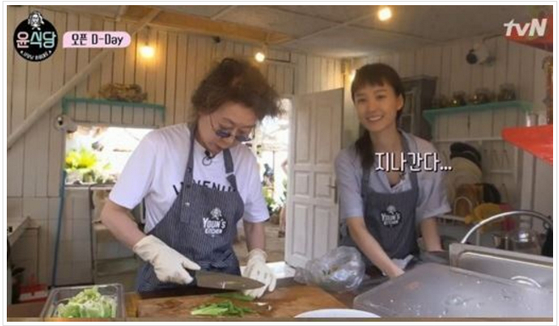 As the actor began to feature in variety shows, the public warmed to her quick-witted and humorous ways. [TVN]


“The public may have pictured Youn as a stubborn old lady, but in these shows, she showed her linguistic abilities in her distinct, clear pronunciation and she harmonized with her surroundings and was considerate of the youths,” Kim said. “In a way she’s like the idealistic senior, a role model that one can look up to.”

Minari and beyond
The adjectives often used when Youn is being described in “Minari” are “unconventional,” “peculiar” and “unexpected.” But to local audiences, the role of Soon-ja was not too different from roles they'd seen Youn take on before.

Youn, right, and her grandson David (played by Alan Kim) from the film "Minari." [PAN CINEMA]


“I guess that she’s a different kind of grandmother than what the foreign audience imagine of an old lady who comes from a developing country in Asia,” Shim said. “[The film] doesn’t show the struggle she goes through adjusting to a new life in America, it just shows her living through it. Soon-ja doesn’t take on a strong maternal role either — she just seeps into the Yi's family life, and almost becomes friends with her grandson David. It may be a little bland but it’s well-balanced, which could be a peculiarity for the American audience when they usually picture an immigrant old Asian lady.”

Film critic Kim Hyung-seok contemplates that what the global audience has seen in Youn through “Minari” is just “the tip of the iceberg.”

“For them, Youn isn’t an actor that they've seen again and again, on-and-off screen,” Kim said. “They’ve spotted and recognized her unique aura only through Soon-ja from ‘Minari.’ But what they’ve seen was only the tip of the iceberg, wait and see.”