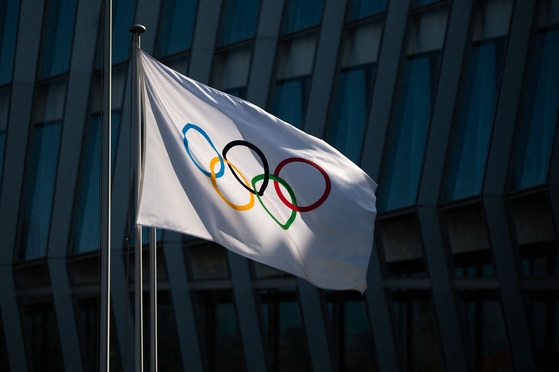 The Olympic flag flies outside the headquarters of the International Olympic Committee on Monday. [AFP/YONHAP]


Japan has decided to bar foreign spectators from this summer's Olympics and Paralympics, choosing to restrict access to the postponed Games to limit the spread of Covid-19.

According to Japanese news agency Kyodo News on Tuesday, government sources have confirmed that allowing foreign fans to attend the Tokyo Games is not possible due to rising concerns over the spread of Covid-19 and the contagious variants that have been detected in a number of countries. The Kyodo News report has not officially been confirmed by the Japanese government, but multiple news outlets including Reuters have verified the information with unnamed government sources.

The postponed Tokyo Games are set to run from July 23 to Aug. 8 and the Paralympics from Aug. 24 to Sept. 5. Japanese Prime Minister Yoshihide Suga has said an official decision on spectators will be made by the end of this month. Tokyo 2020 President Seiko Hashimoto has reportedly pushed for a decision to be made before the torch relay is set to begin on March 25.

The International Olympic Committee is due to hold a virtual session from Wednesday to Friday this week, where issues related to the Tokyo Games will be discussed. The postponed Olympics could still be canceled if officials feel that holding the event is still too dangerous.