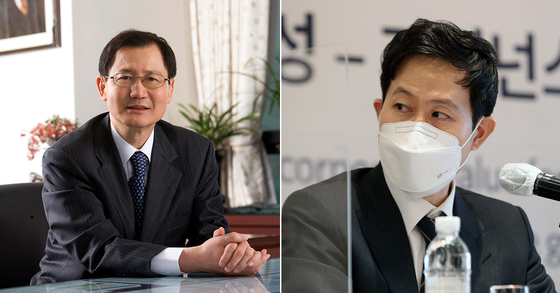 Efforts by Kumho Petrochemical’s largest shareholder to shake up the company has hit a major snag, as a proxy advisory group recommended shareholders vote ‘no’ to the resolutions he proposed.

International Shareholder Services (ISS) said that the proposals by Park Chul-whan, who owns more than 10 percent of the company, were just too aggressive, according to a statement from the company.

Park submitted his shareholder proposal in January. In the proposal, he called for upping the dividend by almost 10-fold to 11,000 won ($9.2) per share from 1,500 won, recommended himself as an executive director and four others as independent directors and called for the chairman to be chosen from one of the directors, excluding CEO.

The board countered with its own proposals, which included a 4,200-won dividend, its own list of new directors and the changing of articles so one of the inside directors becomes chairman.

ISS sided with the board, saying that Park’s suggestion for the dividend was too high and that it could endanger company at a time when market conditions aren’t favorable.

Institutional shareholders often follow the lead of the ISS and other proxy advisory services when voting. Kumho Petrochemical, a synthetic rubber manufacturer, will hold its shareholder meeting on March 26.

“The company is proposing what appears to be a quantum leap in distributions and has disclosed a clear and more shareholder-friendly dividend policy, with payouts closer to those of local competitors,” the ISS wrote. “The proposed substantial governance changes, although arguably a reaction to the concerns raised by the dissident, are expected to strengthen the board and significantly improve its functioning and oversight.”

“It is meaningful that ISS, an authoritative advisory firm, fully agreed with the resolution proposed by the company board,” a spokesperson for the company wrote in a statement.

Despite the stinging rebuke from a major proxy advisory firm, Park remains adamant, saying he “doesn’t believe in the current board’s will” and strategies to lead to growth.

He suggested holding an open debate to discuss what’s desirable for the future of the company.

The proposals and strategies raised by the board “are just a temporary action to respond to the shareholder proposal I submitted,” Park said in a statement, adding they lack the sincerity to improve shareholder and corporate value.

Park reiterated his disagreement over the company’s acquisition of Kumho Resort, saying it is debt-laden and unrelated Kumho Petrochemical’s business.

He has sent a letter of protest to ISS.