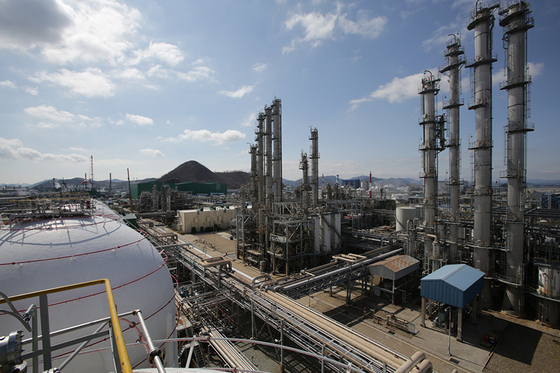 
The board of Kumho Petrochemical on Tuesday agreed to add a number of items submitted by its largest shareholder to the agenda for its shareholder meeting on March 26.

In January, 10-percent shareholder Park Chul-whan recommended to the company that he becomes an executive director, that four new outside directors of his choosing be appointed and that the dividend be boosted.

The synthetic rubber manufacturer reported in a regulatory filing Tuesday that it will discuss the separation of the CEO and chairman roles, the establishment of a committee dedicated to environment, social, governance policies and the appointment of new directors at the shareholder’s meeting.

On the same day, the board recommended new directors. One of them is Lee Jung-mi, who oversaw former President Park Geun-hye’s impeachment trial.

The board accepted most of the items from Park’s shareholder proposal. But raising the dividend to 11,000 won ($9) per share was rejected. The board instead settled on 4,200 won per common share, up 180 percent from 1,500 won from a year before.

“I admit the agenda items are almost identical to my shareholder proposal submitted in January,” Park said following the board decision Tuesday afternoon, but added that that “isn’t enough.”

“The utmost priority is to address and resolve existing risks that can undermine Kumho Petrochemical’s corporate value, including poor investment decisions, the current management’s abuse of control that has resulted in a breach of trust and embezzlement, and an excessive level of treasury stock holdings.”

In February, Kumho Petrochemical announced to acquire Kumho Resort. Park objected to the acquisition, saying it isn’t related to the company’s current business.

Park is a son of the late Kumho Group Chairman Park Jeong-koo and the nephew of the current chairman. He was passed over for a promotion last year, while Park Jun-kyung, the chairman’s son, was promoted to executive vice president.

Park Chul-whan is the largest single shareholder of the company with around 10.03 percent, while the chairman owns 6.7 percent.
Kumho Petrochemical’s labor union is siding with the chairman.

On Wednesday, it released a statement that criticized Park Chul-whan for causing risks in order to satisfy his own interests.

“Though the company is on a roll [from a record earnings last year], senior vice president Park Chul-whan is driving the company to risk with a management dispute to fulfill his self-interest,” the labor union said, adding that the shareholder proposal is “preposterous.”