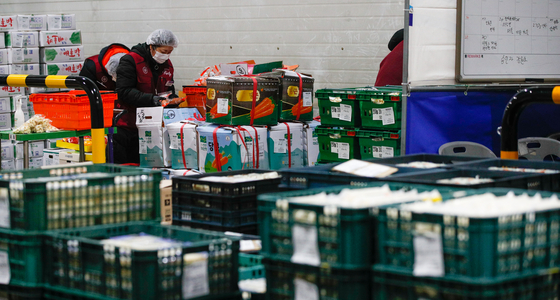 
A 28-year-old office worker has stopped using Coupang and Market Kurly since the struggles of delivery workers starting being exposed.

“I'm boycotting apps that deliver goods overnight,” He said. “I’m a worker in Korea too. I don’t want to force them to work in an environment that threatens their safety and health.”

Young Koreans in their 20s and 30s these days don't always consume goods or services just because they are convenient or cheap. They are likely to be picky choosing companies, penalizing those that fail to meet their social responsibilities.

Coupang is a prime example. A total of six Coupang delivery workers and logistics employees have died since March last year.

Early the month, Market Kurly was lambasted for allegedly blacklisting some workers and firing them.

Dong-A Pharmaceutical faced mounting criticism after a woman made a comment under the company’s YouTube video, revealing that she experienced discrimination during the company’s hiring process.

The comment unleashed a torrent of similar commentary from former applicants. On a jobseeker website, a job candidate wrote in a review, “I was asked by one of Dong-A’s recruiters if women should receive a lower salary than men since they don’t have to go the military.”

“For students who study bioengineering, Dong-A Pharmaceutical is a popular company for employment,” Lee said. “Since finding out about the controversy, I have not bought anything from the company, and all my friends and families have same opinions as me.”

In online communities and on social media, many young people have been joining the movement against those companies, saying that they will continue to shun them until the companies “improve working conditions." They argue that they would rather deal with the inconvenience and use other services.

According to a poll by Hankook Research, a market and opinion research firm, three out of five respondents to a survey of 1,000 said they agree that people should consume goods or products considering “its impact on society and communities.”

When asked what would be the definition of “good consumption,” roughly 67 percent answered “purchasing goods from socially-responsible companies.”

In another poll by Embrain Trend Monitor, nearly 60 percent of 2,000 respondents said they would rather spend “extra money to purchase the right products.” To determine what are the “right products,” some 58.8 percent said the goods and services from companies who try hard to practice “ethical management.”

Companies are scrambling to reassure the public. 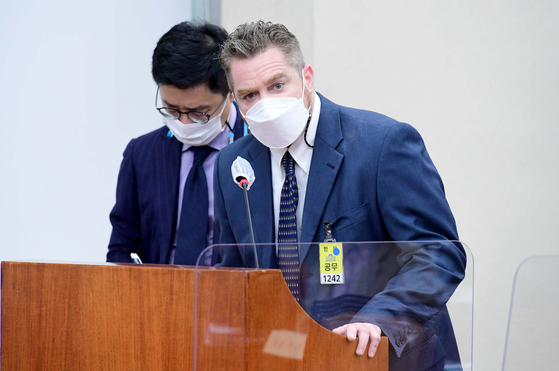 
He made a sincere apology and vowed to strengthen policies to prevent a recurrence of similar incidents.

“Having investigated the comments, we have confirmed that one of the interviewers who participated in the first round of interviews which took place on Nov. 16, 2020 posed a question to an applicant which was not in the interview manual and caused discomfort to the candidate,” Choi wrote. “The interviewer in question has been disciplined. To prevent recurrences of a similar nature, we will reform and strengthen our internal education of interviewers.”

Although it’s not certain that actions by young consumers influence companies, experts say companies need to rethink their management styles.

Professor Park Byung-il, who teaches business at Hankuk University of Foreign Studies, agrees with him.