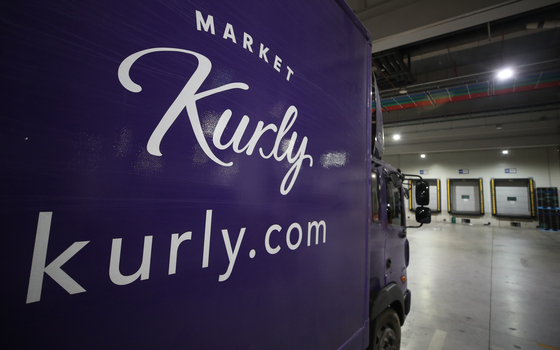 A delivery truck parked at Kurly’s warehouse at Jangji-dong, Songpa District in southern Seoul in May 2020. [YONHAP]


Kurly—overnight delivery pioneer and operator of what it claims to be the No. 1 grocery shopping app in Korea—won’t be ringing the bell in New York.

It’s listing instead in Korea, the company announced last week.

In March, the Wall Street Journal wrote that the company was considering a U.S. listing and said that CEO Sophie Kim was in discussions with bankers, though no details were given in terms of which exchange the company was targeting.

The IPO was to happen by the end of the year.

The story broke on the day Coupang went public on the New York Stock Exchange but before the shares of the e-commerce company started falling precipitously.

Kurly, which started operating as Market Kurly in May 2015, was the first in Korea with next-morning delivery, something that Coupang later adopted as a signature offering, and it became popular with customers looking for premium food.

Kurly says that it is going for a local IPO because of the support being offered by the Korea Exchange for promising growth companies. Coupang opting for the United States has motivated the local market to make greater efforts to keep Korean companies trading in Korea.

The challenges of a U.S. listing may have played a role as well.

Going public and maintaining a listing in the United States can be expensive, while low brand awareness overseas might result in less than optimal pricing and low trading volume.

Kurly is still a relatively small company. Following a recent $200 million funding round, it was valued at $2.2 billion, far lower than Coupang’s $60 billion pre-IPO valuation.

Without the critical mass, it may not attract enough attention.

Direct costs of a U.S. IPO include administrative costs, underwriting fees and marketing expenses. Indirect costs include the need to offer the shares below their actual value in order to build demand for the offering.

“Unless it’s a globally recognized company like Samsung Electronics, underpricing is common among domestic companies with low brand recognition,” said Won Chae-hwan, a professor who teaches finance and risk management at Sogang University.

Kurly has low brand awareness abroad because its business is based in Korea and it has not yet announced specific plans to take its business abroad, according to Lee Jeong-hwan, a professor who teaches economics and finance at Hanyang University.

Kurly CEO and founder Sophie Kim told reporters in March that “there is still a lot of room for growth in the domestic market.” She added Kurly may consider branching out overseas if necessary.

The SoftBank factor is also important.

“Unlike Coupang, which had SoftBank’s Vision Fund, Kurly does not have a major investor, making it more challenging for the corporation to attract big investors,” Lee added.

Underwriting fees, the largest single direct cost associated with an IPO, are generally higher in the United States than in Korea.

They range from 3.5 to 7 percent in the U.S. and between 0.8 and 1 percent in Korea for companies with a market cap above 1 trillion won, according to one local brokerage. 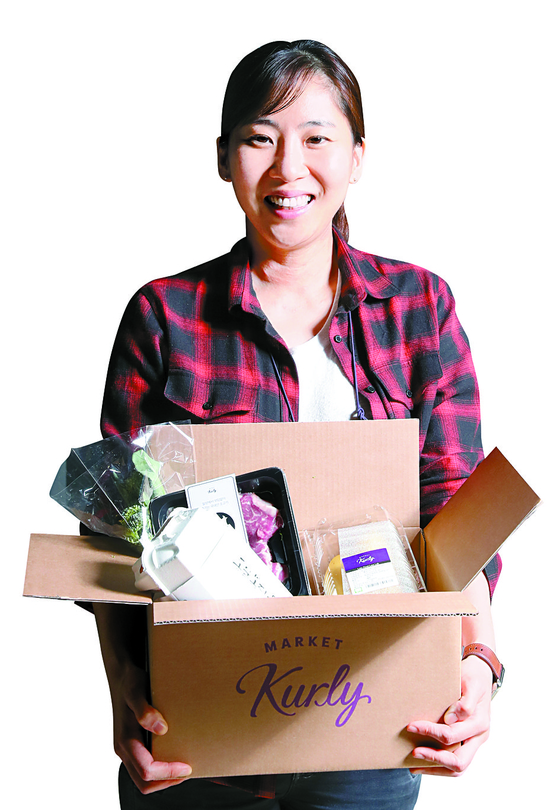 Unlike some of its competitors, Kurly does not offer a standout service, making it difficult to attract investors abroad where the brand is less well known.

“Coupang has fulfillment centers that remind people of Amazon, while SSG.com has strengths in groceries based on the buying power and networks of Emart,” said Seo Yong-gu, who teaches business at Sookmyung Women’s University.

“Market Kurly gained attention in its early stage through the pioneering dawn delivery service and is still recognized for the premium food it offers. But all of its services have now become replaceable,” Seo added.

Finding a distinctive service is especially important for Kurly because it is not a major e-commerce player.

“A leading company of an industry should focus on offering low prices and high quality to its customers,” said Jung Yeon-sung, who teaches business at Dankook University. “But other firms should concentrate on providing a unique service to survive the cutthroat retail competition, and that applies to Market Kurly.”

Jung added that takeovers or forming partnerships with other companies, like Naver and Emart allying against Coupang, could help Kurly.

Kurly’s share price on Seoul Exchange, an exchange for unlisted firms often used to gauge sentiment ahead of an IPO, jumped more than 130 percent from around 35,000 won in March to 83,000 won on Tuesday.