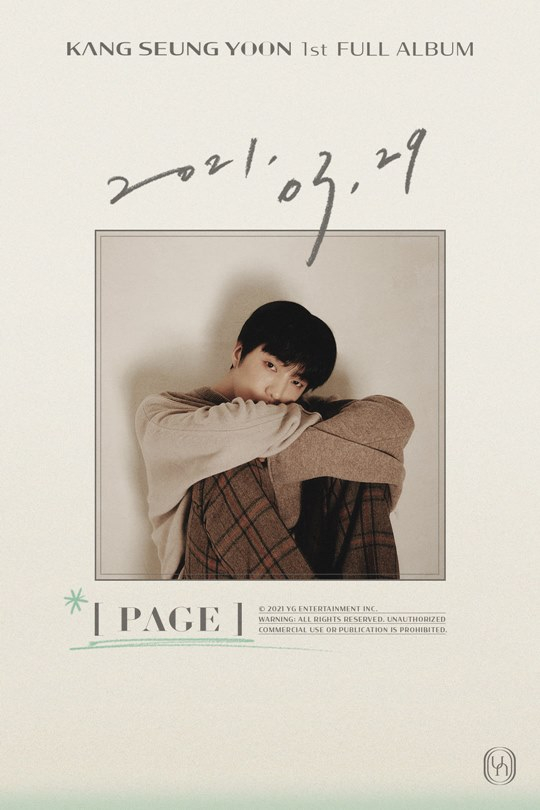 The agency shared a poster that shows a photo of the singer, alongside the release date and the name of the album through its official blog.

It said Kang was involved in writing the lyrics and composing the songs, as well as producing the entire album and filming music videos. He's previously showed off his talents in music making with hit songs he wrote for the group Winner such as “Really Really,” “Love Me Love Me,” “Island,” and “Millions.”

Kang signaled his new album will reflect his true colors via a video titled “The Prequel,” which was a self-interview recounting the past 10 years of his journey in the music industry.

Winner's Seungyoon teases his return as a solo artist

Boy band Winner to hold offline concerts on April 30, May 1