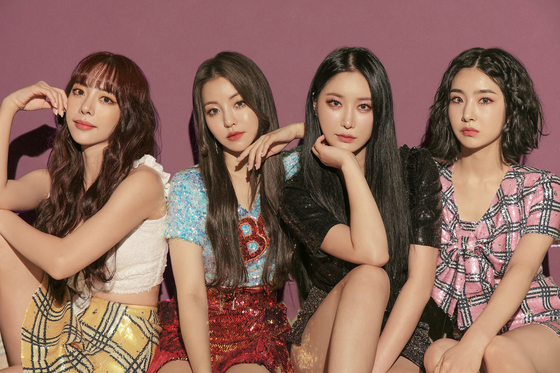 The group earned the No. 1 spot on the SBS show "Inkigayo" on Sunday, which was its first No. 1 on any music show since it debuted in 2016. It also reached No. 1 on SBS MTV's "The Show" on Tuesday, as well as topping major Korean music charts such as Melon, FLO, Genie Music and Bugs Music since late February.

But there's a twist: the song was released four years ago in early 2017.

Brave Girls originally debuted in 2011 but all the original members left the group after it was met with lukewarm success. The four current members — Minyoung, Yujeong, Eunji, and Yuna — debuted in 2016 as the group's second generation.

Although the second generation of Brave Girls also worked with famed music producer Brave Brothers, who is behind legendary K-pop hits such as Son Dam-bi's "Crazy" (2008) and 4Minute's "What's Your Name?" (2013), it failed to gain much popularity either. Other members came and went, and the remaining four members started talking about giving up.


Yujeong and Yuna moved out of the group's residence, and the members met on Feb. 23 to discuss disbandment, said Yujeong on the YouTube channel "Current Status Olympics" (translated) on March 8.

"Our self-esteem was at rock bottom. We started saying, 'Nothing seems to work for us. Let's look for other jobs," said Yujeong.

The very next day, everything changed with a YouTube video.

On Feb. 24, YouTube channel VIDITOR uploaded a video titled "Brave Girls — Rollin' (with comments)," a compilation of funny comments on the group's performances of "Rollin'." Most of the performance footage was from the KFN show "K-Force Special Show," a weekly concert at military camps aiming to entertain troops. KFN is a channel under the Ministry of National Defense.


Naturally, VIDITOR's video showed many comments by men who formerly served in the military.

"I was able to endure my mandatory service thanks to them," "[This song] enhanced our combat power."

"We will win wars if they play this song [during battle]," said one witty comment.

The video gained word-of-mouth popularity, especially among current and former servicemen, and after YouTube's algorithm started promoting it, views skyrocketed. The video garnered 10 million views within three weeks of it first being uploaded.

As the video went viral, "Rollin'" also gained popularity despite having been released years ago; a phenomenon known as "climbing the charts" in the K-pop scene.

More servicemen continued to come forward to share their fond memories of the song and Brave Girls, which added fuel to the video's popularity. Although Brave Girls had been less-known outside of the military, the group and "Rollin'" was reportedly so popular among servicemen that they would teach the song to new recruits. Brave Girls was nicknamed guntongryeong (President of the military) and "No. 1 on the Millboard charts (a portmanteau of military and Billboard charts)" due to its frequent appearance on the "K-Force Special Show." 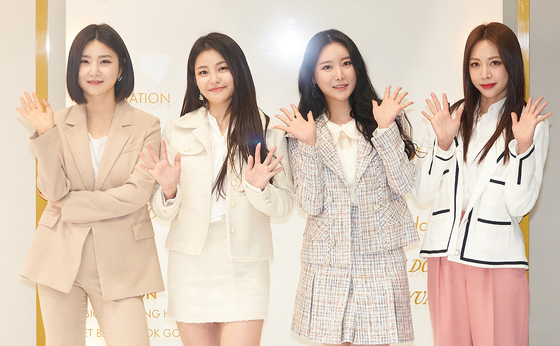 Prior to its recent success, Brave Girls was better known in the military, earning the nickname "guntongryeong" (President of the military). [CJ ENM]


There is a reason behind such enthusiastic reaction from servicemen. All able-bodied Korean men must serve 18 to 21 months in the military, depending on the service branch. Every year, the Korean Armed Forces conscripts about 240,000 to 250,000 men for mandatory military service.

Military camps are often in isolated locations, and the Korean military did not fully allow enlisted men to use smartphones in the barracks until July of 2020. This means until very recently, servicemen had very few sources of entertainment apart from using the camp's computer room for a limited time or watching KFN. That was why the "K-Force Special Show" started in 1961: to provide entertainment to troops.

Due to military-run KFN's limited budget, the show is known for its very low appearance fee. According to a 2013 report by the defense ministry, the average appearance fee per show was between 1 million won ($880) and 2 million won.

"Group members actually lose money when they appear on the 'K-Force Special Show' because they have to travel to remote military camps and share the low appearance fee per member," said pop culture critic Kim Heon-sik.

"That's why singers who appear on the show are often looked down upon as unpopular. It was often the only opportunity for idol groups from small and medium-sized entertainment firms, but even those groups would appear only a few times and stop."

Brave Girls, however, performed more than 72 times on the show.

"They even gladly performed at a camp in Baengnyeong Island in the West Sea, which takes four to five hours to reach by boat from the mainland. As a result, many servicemen became fans of them over the years and remained fans after being discharged, which is now creating a synergy effect with the YouTube video," Kim said.

Well aware of this fact, Brave Girls thanked members of the armed forces and reserve forces after taking the No. 1 spot on SBS's "Inkigayo." 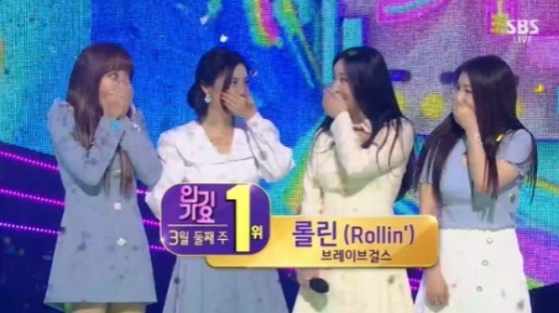 Brave Girls won its first No. 1 on a major channel's music program, on SBS's ″Inkigayo,″ 1854 days since its debut. [SCREEN CAPTURE]


The fact that Brave Girls have been trying their best no matter the size of the stage, combined with the dramatic narrative of a struggling group eventually getting rewarded for their efforts, has become a beacon of hope for many Korean youths struggling in the Covid-19 pandemic.

Brave Girls took 1,854 days since its debut to reach No. 1 on a major channel's music show, breaking the previous record set by girl group Oh My Girl in 2019 (1,581 days). The average age of Brave Girls members is 30.5, one of the highest in the K-pop industry in which most idols debut as teenagers.

As of now, Brave Girls is savoring the moment. The group appeared on singer Rain's YouTube channel "Season B Season" on March 11 and are set to appear on the SBS show "Running Man" soon. Their 2020 song "We Ride," which did not see much success when it was released, is climbing the charts as well.

"Now entertainment firms will consider the military to be a formidable factor in stars' popularity, and singers who appear on the show will be taken more seriously," said Kim.