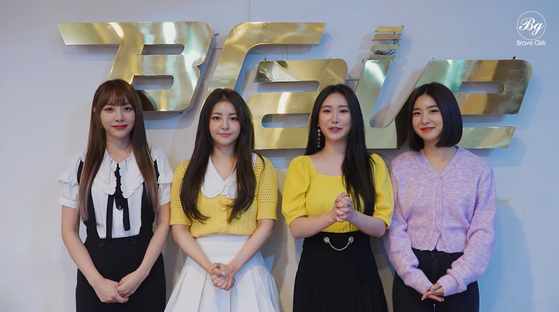 
Brave Girls will release a new song on June 17, according to industry insiders on Tuesday. The girl group is reportedly preparing a “cool summer song.”

Members have been alluding to a June comeback in multiple interviews since April.

Although the current members of Brave Girls debuted in 2016, they only recently rose to fame after a video of them performing their song “Rollin’” (2017) went viral on YouTube early this year.

Before the video, the girl group and its other songs such as “We Ride” (2020) were met with lukewarm success and members were discussing quitting. After the viral video helped them “climb the charts,” Brave Girls have become a pop culture icon of hope and not giving up.

Members have expressed the pressure they feel after their sudden newfound success.

“It has been so difficult to get this opportunity, so we are anxious,” members said in recent interviews. “But we tell ourselves that it’s ok to not do as well [as ‘Rollin’’]. Even if the new track’s not as successful, it can never be worse than before [the viral video]. I’d be grateful for any result.”