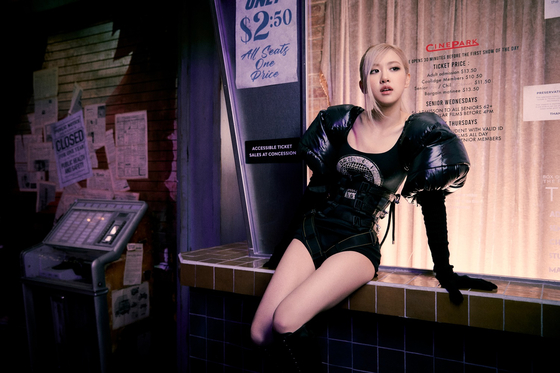 Singer Rose in a scene from the music video of her single ″On the Ground.″ [YG ENTERTAINMENT]


“On the Ground,” a single from the first solo album by Blackpink member Rosé, reached No. 43 on the Official Singles Chart Top 100 in Britain. Rosé, whose real name is Roseanne Park, is the first K-pop female soloist to make that chart.

Rosé is the vocalist for the four-member girl group Blackpink. On March 12, she released her first solo album “R,” which consists of two tracks, "On the Ground" and "Gone."

"On the Ground" which has English lyrics, also topped iTunes charts in 51 countries including the United States, Mexico, France and Singapore. The music video garnered more than 100 million views on YouTube as of Sunday afternoon.

As a group, Blackpink landed five songs on the Official Singles Chart Top 100, including the 2020 hit "How You Like That," which reached No. 20.