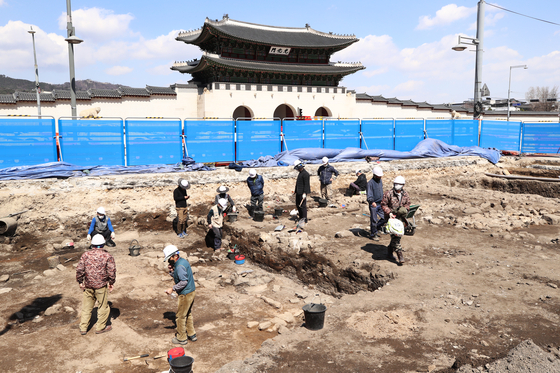 Workers are excavating cultural assets including waterways, fences and stereobates from the Joseon Dynasty (1392-1910), as they were discovered under the road in front of the Seoul Government Complex during the reconstruction of Gwanghwamun Square in central Seoul Monday. According to the Seoul Metropolitan Government, several sites from the Joseon Dynasty have been unearthed during the excavation, along with pieces of ceramics and roof tiles. [YONHAP]