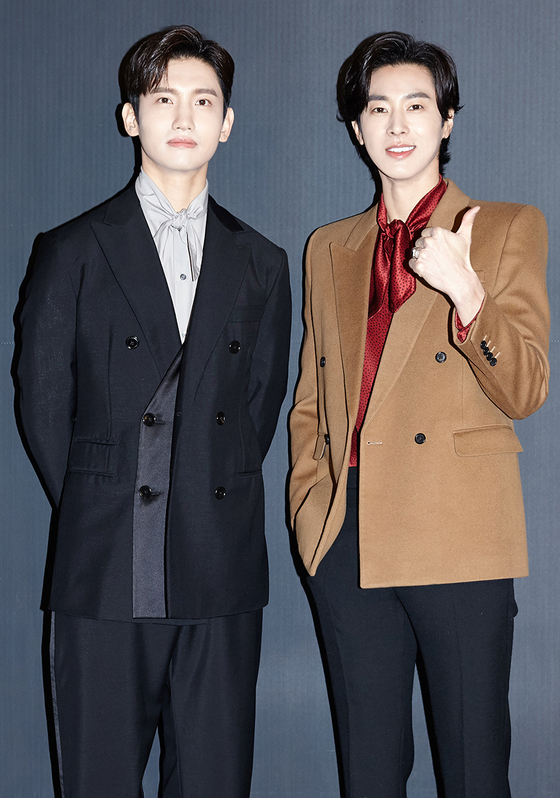 
Mnet announced Wednesday that TVXQ’s U-Know Yunho won’t be hosting the upcoming music show “Kingdom: Legendary War,” after the K-pop star was embroiled in controversy for violating the government’s social distancing regulations. The show is scheduled to begin airing on April 1.

Yunho and Changmin, another member of TVXQ, were set to host the show and some scenes have already been filmed, according to the channel. Changmin will now host the show alone, Mnet said.

“Mnet received a notice from SM Entertainment stating Yunho won’t be participating in ‘Kingdom: Legendary War’ until results of a police investigation are revealed. As a result, Mnet has decided to film the program with only Changmin. As far as pre-recorded portions that feature Yunho, edits will be made accordingly,” Mnet said in a statement.

Yunho apologized March 10 after it was reported that he is being investigated by police for staying at a restaurant after 10 p.m. with three other friends, violating the government’s social distancing regulations amid the coronavirus pandemic. Yunho said that he was disappointed in himself for his thoughtless action and that he made such a mistake as he was “lost in the conversation with my friends and not realizing that we stayed past the hours restricted by regulations.”

Under current Covid-19 regulations in Seoul, restaurants are only allowed to open until 10 p.m.

However, two days after Yunho’s apology, MBC revealed that the singer was not at a restaurant but an illegal adult entertainment establishment that operates under a membership plan, which was simply registered as a restaurant. The report drew even more criticism for Yunho after it was also revealed that a fight broke out between the police and Yunho’s acquaintances as they were allegedly attempting to make time for Yunho to flee the scene.