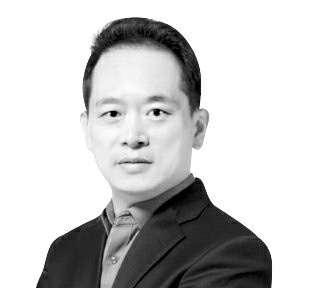 
The fallout from the government’s repeated failures in real estate is worsening. Many cheered when President Moon Jae-in vowed to tame housing prices four years ago. But more is not always better.

Policy after policy defied market principles. As a result, homeowners are afflicted by heavy taxes, and those without homes are stripped of their chances of owning one. The house-poor have surged. The daughter of the president who warned us not to make money from property speculation earned 140 million won ($123,521) by selling a home she inherited less than two years earlier. The president’s brother-in-law made a 4.7 billion won profit after selling his land to Korea Land and Housing Corp. (LH) ten years ago.

The LH scandal exposed by civic groups has added fuel to public rage over the real estate debacle. Many high-ranking officials under the incumbent government have discreetly amassed riches through real estate investment. LH employees even planted expensive trees in the fields they bought in areas later designated to become a zone for massive housing development Multi-residential housing appraisal prices that become the basis for government and social taxes soared 19.08 percent this year from last year. The government coldly maintains that this is to bring the appraisal value closer to market value as planned even as they can affect single homeowners and landlords. It does not seem to care about the blow of property taxes on the lives of the people.

The tax bill on a single homeowner will go up too fast. A 960-million-won appraised apartment whose market value was 1.37 billion won went up to 1.2 billion won as its market value rose to 1.71 billion won. As a result, property ownership tax will rise 43.1 percent from 3,023,000 won to 4,325,000 won per year. Amid outcries, the government explained that the property tax for homes valued at 600 million won or lower will go down. But the exemption is only for three years.

The rationale did not have any economic grounds but served the ideological slogan of 1 percent versus 99 percent. Public agony has spread nationwide. The increase in tax bills goes beyond the three real estate hot zones in Gangnam, southern Seoul, to across Seoul as well as Sejong, Daejon, Busan, Ulsan and North Chungcheong province.

The government may argue that higher taxes are justified by the surge in home prices. But taxing “unrealized riches” can be difficult for families. They may have to sell their expensive homes to move into ones they can afford. No governments run their countries so recklessly. Such extremes are not even seen even in state-controlled societies like China. Housing is not just a living space but a ladder to move up in social classes.

As the economy moves as a connected organism, a change in the 1 percent could spill over to the rest of 99 percent. Tax has an explosive effect. It is as much feared as death. Once levied, no one can escape it. Taxation therefore must be delicately handled. But the government has no care for the impact on public livelihoods. It plans to raise the housing appraisal value from the current 70 percent of the market value to 90 percent by 2030. As it has issued 25 sets of real estate measures, the government uses its executive power to control market order.

It pays little heed to the market response. Without any mention of the side effects, President Moon vowed to carry on with measures to root out “past evils” in the real estate market.

Its hard-line stance is also associated with public finance conditions. The government must somehow fill up the fast thinning in public coffers after a rash of record fiscal spending. But what about the pains for the taxpayers in the working and middle classes?

A single homeowner must find the financial means to pay off the heavy taxes, and retirees won’t be able to afford medical insurance that is bases on the property appraisal value. Those without homes are struggling to find rentals they can afford due to spikes in rents and cannot dream of owning a home one day. Policies must be adjusted in the way that people can endure. Otherwise, there is no exit to this real estate catastrophe.