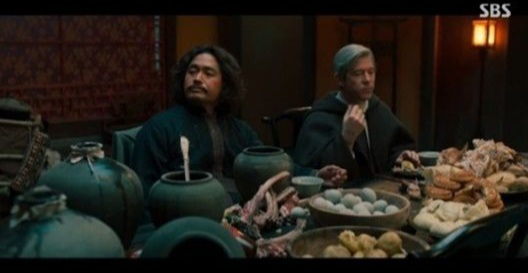 
Controversy surrounding SBS historical fantasy series “Joseon Exorcist” (2021) rages on amid the Korean public’s anti-Chinese sentiment, which has been accumulating due to a recent spate of cultural feuds.

A European priest in medieval Korea is not the only fantasy element here: King Sejong and the priest feast on Chinese mooncakes, Chinese-style dumplings, and century eggs (a Chinese dish of preserved eggs.)

The series’ screenwriter Park Gye-ok was accused of misrepresenting history and Korean food culture. Park previously faced backlash for a scene in his previous tvN series “Mr. Queen” (2020-2021), in which the protagonist calls the Unesco-listed “Veritable Records of the Joseon Dynasty” a “tabloid.”

The screenwriter’s track record, and the fact that he is under a contract with a Hangzhou-based production company, led some Koreans to suggest that he is intentionally writing such misleading scenes. 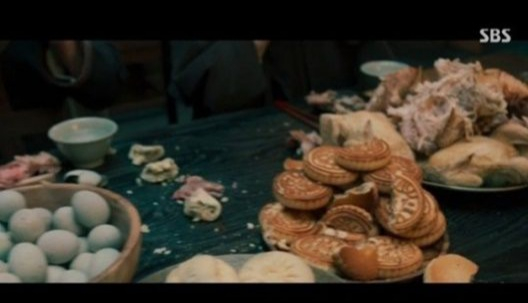 
SBS officially apologized on Wednesday and clarified that “Joseon Exorcist” is not funded by any Chinese firm. SBS also postponed the show for a week to “reorganize the script.” But, the damage had been done.

Public outcry led more than a dozen Korean companies to withdraw their advertisements and sponsorships. The Korea Communications Standards Commission received more than 3,900 complaints as of Wednesday morning, and some petitions posted on the Blue House website are demanding that the show be suspended.

While this controversy seems to be the biggest to date regarding K-dramas with Chinese elements, it is certainly not the first.

The currently airing tvN series “Vincenzo” (2021) depicts protagonists eating a bowl of ready-to-eat bibimbap — a Korean rice dish mixed with vegetables and meat. While it sounds like any ordinary Korean mealtime, many Korean viewers found the scene unnatural because the bibimbap’s packaging was mostly written in Chinese due to a product placement deal with Chinese brand Zihaiguo. 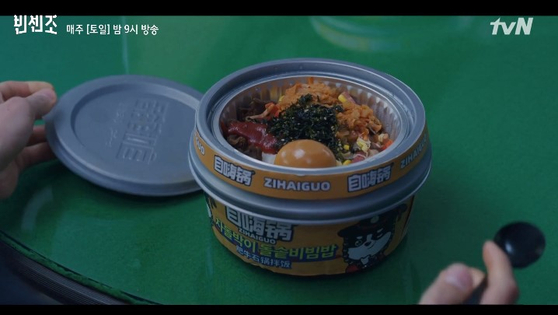 In the tvN series “Vincenzo” (2021), protagonists eat a bowl of ready-to-eat ‘bibimbap’ — a Korean rice dish mixed with vegetables and meat — from the Chinese brand Zihaiguo. Some raised concerns that the Mandarin packaging made bibimbap seem like a Chinese dish. [SCREEN CAPTURE]


“Koreans are not the only ones who watch K-dramas. Other countries, including Chinese-speaking countries, watch them too. So when a Chinese product appears on a K-drama, it’s an effective advertisement for markets such as China, Taiwan, and Hong Kong,” said pop culture critic Jeong Deok-hyun.

In fact, the ready-to-eat bibimbap is not sold in Korea, which is why the scene came across as unrealistic to Koreans. But some found the scene not only unnatural but also problematic.

“The Mandarin on the packaging may give foreign viewers the wrong impression that bibimbap is a Chinese dish [and not a traditional Korean dish]” wrote Seo Kyoung-duk, a general education professor at Sungshin Women's University and an expert in promoting Korea overseas, on his Facebook.

“Most Chinese product placements are simply unrelatable for most Koreans, but the Chinese-brand bibimbap in ‘Vincenzo’ is actually a serious problem. The Korean public is reacting sensitively because these scenes may be used as pretexts for China’s Northeast Project,’” Jeong said.

The Northeast Project, short for the Serial Research Project on the History and Current State of the Northeast Borderland, was the Chinese Academy of Social Science’s historical research project funded by the Chinese government. Historians who worked on the project claim that ancient Manchurian and Korean kingdoms were regional governments of the ancient Chinese empire, aiming to incorporate parts of Korean history into China’s own.

The project took place between 2002 to 2007, but the dispute has continued and evolved into a “cultural Northeast Project” with predominantly young Chinese netizens claiming that traditional Korean culture originated in China. 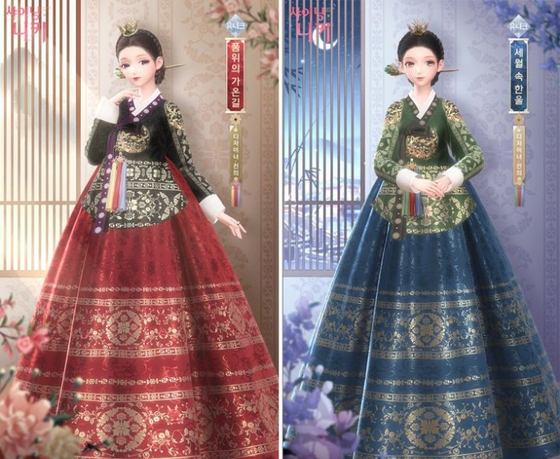 Chinese dress-up mobile game Shining Nikki released items inspired by hanbok, or traditional Korean clothes, to celebrate the launch of the game’s Korean version. However, the items and the Korean server were shut down after Chinese netizens claimed that hanbok originated from China. [SCREEN CAPTURE]


The feud escalated in November 2020 when Chinese game developer Paper Games launched a Korean version of its dress-up mobile game Shining Nikki. To celebrate the launch, the game released items inspired by hanbok, or traditional Korean clothing. Chinese netizens condemned Paper Games for including hanbok as a special Korean item, claiming that the clothing originated from China. The company eventually yielded to Chinese netizens and shut down its Korean server altogether.

The same month, the global industry standards body International Organization for Standardization (ISO) announced new regulations for the manufacturing of pao cai, Chinese salted fermented vegetables. Although the ISO clarified that “this document does not apply to kimchi,” Chinese media including the state-run Global Times called it “an international standard for the kimchi industry led by China.” The dispute prompted the Korean agricultural ministry to state that kimchi and pao cai are two different dishes.

But the kimchi-related controversy didn't end there. Earlier this year, Chinese YouTuber Li Ziqi sparked an online feud between Korean and Chinese netizens when she uploaded a video of her making kimchi, with the hashtags “Chinese cuisine” and “Chinese food.”

“Chinese media has been spreading false information that hanbok, kimchi, and even some famous Korean people are of Chinese origin. This ‘cultural Northeast Project’ has been building animosity against China among the Korean public,” Jeong said. 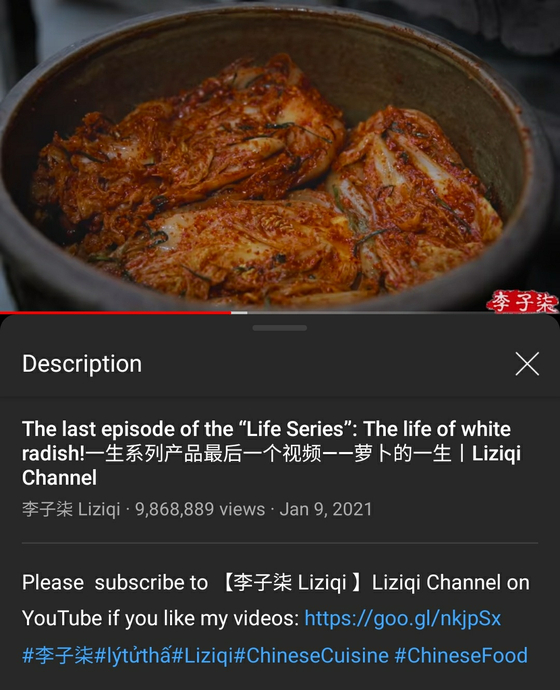 Chinese YouTuber Li Ziqi sparked an online feud between Korean and Chinese netizens when she uploaded a video of her making kimchi, with the hashtags “Chinese Cuisine” and “Chinese Food.” [SCREEN CAPTURE]


Due to such hostility toward China, not only Chinese products but also elements of Chinese culture in K-dramas are poorly received by Korean viewers, as seen in the “Joseon Exorcist” scandal.

“Of course, actual Chinese historians are not going to use K-drama scenes to support their Northeast Project claims,” said Park Kyung-suk, a history professor at Yonsei University who specializes in modern Chinese history.

“Until now, the K-drama industry thought there was no reason to decline Chinese product placement offers because they are financially beneficial,” Jeong said. “Screenwriters may have also thought that adding in Chinese cultural elements was creative. But after this controversy, they will have to be more careful and consider the ramifications of their decisions. This issue should not be taken lightly.”

Refrain from the command (KOR)