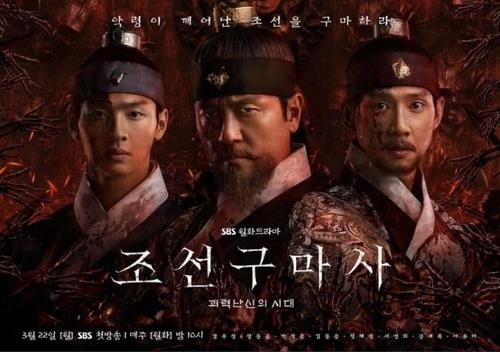 
According to entertainment company CJ ENM’s Content Power Index (CPI) report on Tuesday, the SBS series “Joseon Exorcist” (2021) ranked No.1 for the fourth week of March.

CJ ENM announces the CPI every week, which reflects the influence of television shows based on views along with relevant posts and comments, whether positive or negative.

“Joseon Exorcist” was canceled last month after two episodes due to criticism that it distorted history and misrepresented Korean culture by using Chinese elements.

While the public’s reaction was overwhelmingly negative, it sparked a national outcry and dialogue on the usage of Chinese elements and funding; which is why it had the highest CPI during the fourth week of March.

The series indeed left an impact on other upcoming historical shows. “Joseon Exorcist” had already finished 80 percent of its production when it was canceled, which caused immense financial loss for SBS and became a cautionary tale for other production companies.

Historical drama production teams are reinforcing research for historical accuracy and are rushing to cancel funding from Chinese firms in order to prevent similar controversy.