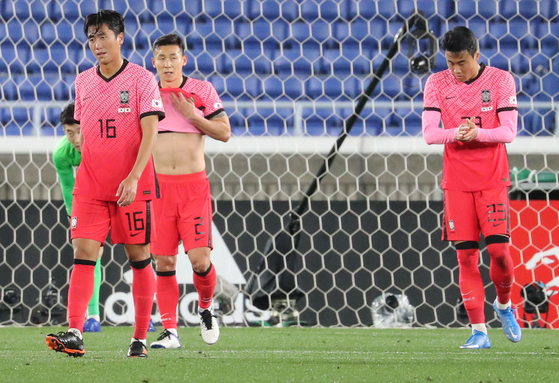 Playing without captain Son Heung-min and a number of other key players including forwards Hwang Ui-jo and Hwang Hee-chan  and defensive powerhouse Kim Min-jae, the Korean national team were unable to stop a strong Japan squad largely unaffected by the injuries and quarantine issues that plagued the Warriors.

Japan got off to an early start, with Miki Yamane finding the back of the net for the home side in the 16th minute. Japan were quick to press home their advantage with Daichi Kamada adding a second in the 27th minute to take a 2-0 lead.

Korea made some changes at the top of the second half, taking out attacking midfielder Lee Kang-in of Valencia, former star of the U-20 team who fans had hoped would be able to light a spark under the stripped back offense.  Regular goalkeeper Jo Hyeon-woo was also pulled out of the game at the end of the half as head coach Paulo Bento tried to shake things up going into the back 45.

The change seemed to work for a while, with Korea pushing back at the start of the second half.

The Taeguk Warriors effectively shut down the Japanese offense for the first 30 minutes of the second half, holding back the home side in an increasingly physical game. Yet despite a series of substitutions made throughout the half, Korea couldn't find an edge, making it into the opposing side's box on multiple occasions but never getting further than knocking on the door.

Substitute goalkeeper Kim Seung-gyu proved his worth in the 81st minute, shutting down a one-on-one push forward by Takuma Asano that looked like a certain goal. Unfortunately for Kim, Japan returned just a few minutes later in the 82nd minute with a header from Wataru Endo finding the back of the net from a crowded box to take the score to 3-0.

Korea's 3-0 loss to Japan came in the two team's 80th meeting, a rivalry that Korea historically dominates with 42 wins to Japan's 15. The drubbing the Taeguk Warriors received in Yokohama was their first loss to Japan since 2013, when Japan won 2-1 at the 2013 EAFF East Asian Cup.

The sheer number of players the Korean squad was missing goes some way to explaining the loss, but the Warriors also struggled with set pieces and couldn't find an answer to the precise passing and fast play of a far more confident Japanese side.

The Taeguk Warriors won't get another chance to tune up before they're back in action in a game that really counts — Korea will next face Turkmenistan in a World Cup qualifier on June 3, with three other qualifiers set to be played over the following two weeks.