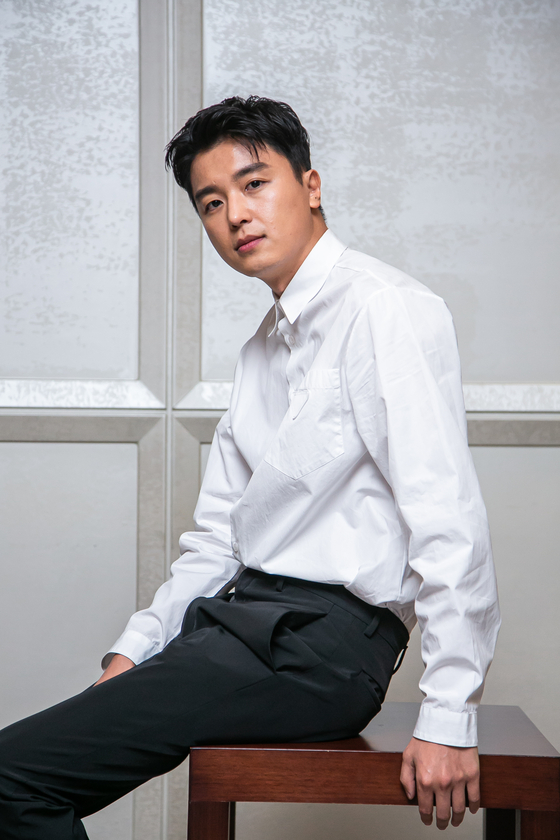 
Director Kim Jong-kwan’s films have always centered around people, their relationships and their emotions. But Kim adds no moral judgement, allowing audiences to come to their own conclusions on what and how they should feel.

His upcoming film “Shades of the Heart,” set to hit local theaters on Wednesday, fits the mold of his previous works. The protagonist Chang-seok, a novelist who arrives in Seoul from England seven years after separating from his wife, meets four people over the course of several days. Each of the people he encounters share stories with him about aging, time, loss and death.

Although set in spring, the overall mood of the film remains dismal throughout, mostly due to Chang-seok’s somberness, portrayed convincingly by actor Yeon Woo-jin. Yeon is perhaps more widely recognized for his roles in romantic comedy series such as “Marriage, Not Dating” (2014) and “My Shy Boss” (2017) on tvN. But the actor sheds all of his cheeriness for "Shades of the Heart," just as he did for Kim's prior film “The Table” (2017). 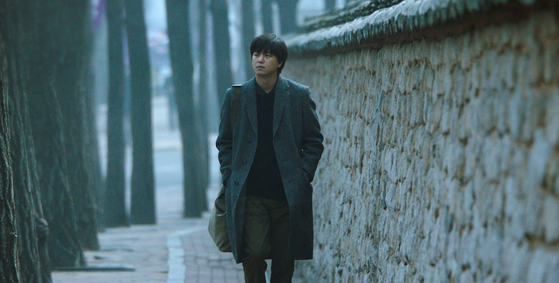 Actor Yeon Woo-jin as Chang-seok, a novelist who arrives in Seoul and meets a variety of people with different stories and attitudes to life. [ATNINE FILM]


“There’s a lot of room for interpretation [when I read the scripts],” Yeon said during an interview with the Korea JoongAng Daily last week. “As seen in ‘The Table,’ the director’s works are mostly about questions in relationships, and there’s no [proper] answer to them. But when looked at from the perspective of a third party, it does give people something to think about and to mull over. But that’s difficult to explain in words, and [when I see] his finished films they’re rather different from [what I read] in the scripts.

“When I read the script, the omnibus tale of these characters was what touched me [first],” the actor continued. “I came to think about perspectives on life — what it means to be forgotten, to lose someone, desolateness, loneliness — these feelings were what moved me, but now, [after I watched the film], I thought about afflictions that a creator faces, and their motivation to propel forward. It felt like I had read Chang-seok’s novel in the theater.” 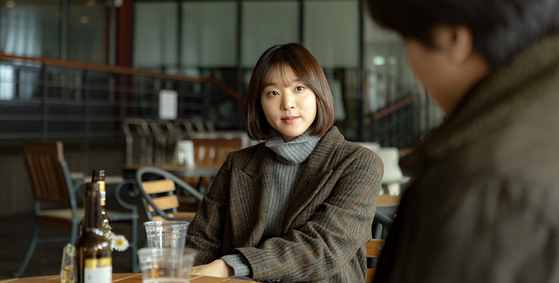 Yoo-jin (played by Yoon Hye-ri), a publisher who has known Chang-seok since college, meets up with him to talk about his book and also her relationship with her Indonesian boyfriend. [ATNINE FILM] 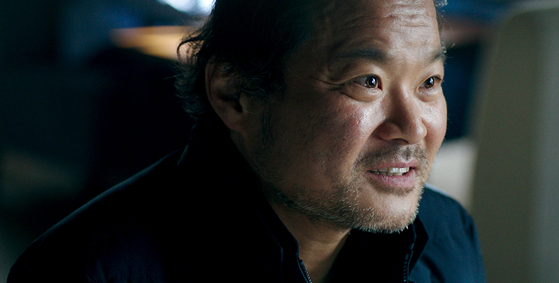 Sung-ha (played by Kim Sang-ho) is a photographer who believes that a miracle could save his wife from death. [ATNINE FILM] 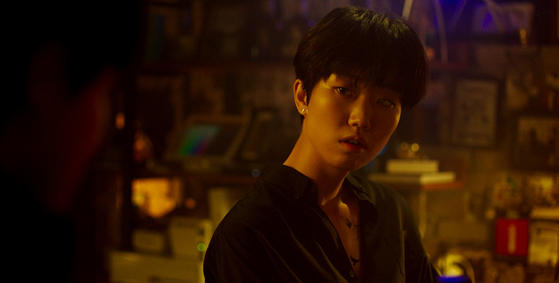 Joo-eun (played by Lee Ju-young) is a bartender who likes to play games with her customers. If they tell her an inspiring memory or anecdote, then she buys them a drink. [ATNINE FILM]


During the press screening earlier this month, the actor admitted one of the hardest parts of portraying Chang-seok was his reactions. As Chang-seok is a listener in this film, his role primarily consists of sympathizing with the storytellers with his facial expressions, simple body motions and a few words here and there. Yeon worried about whether or not his acting be too repetitive or whether his own personality would seep into the performance.

“I didn’t really talk that deeply about the film with the director,” Yeon said. “It’s actually a curious thing — I mean, I haven’t met a lot of directors who give me specific directions on my acting — they just leave me to find that answer on my own, which is why I guess, makes what I do, so much fun. And for this project I take on a mundane character — he’s as ordinary as one can be — and if I do seem like I excel in my performance it’s all because of my counterparts. My purpose was to become a presence similar to that of a lighthouse — a beacon to shine upon them so their performance stands out more.” 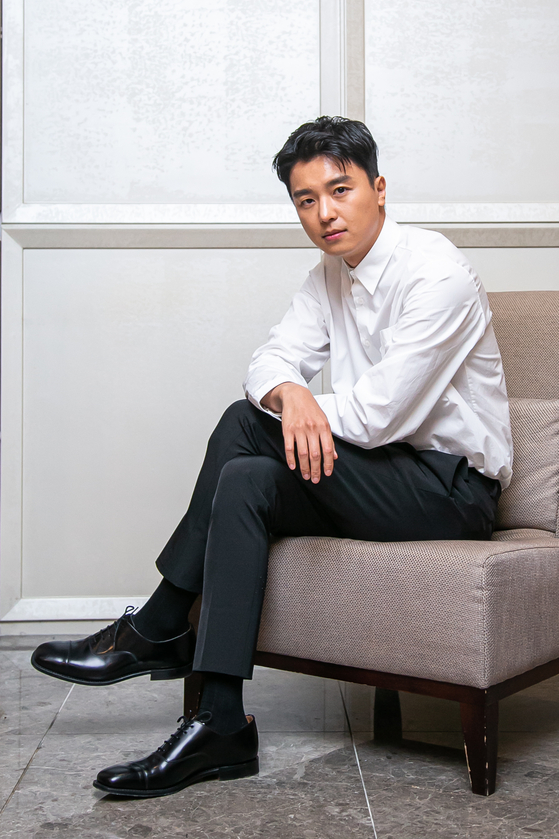 
One of the scenes that Yeon remembers the most was with singer and actor IU, who makes a brief appearance at the beginning of the film.

“[I know] that she’s younger than me, but she broke the mold from the first moment we met,” Yeon said. “She was Mi-young [Lee’s character] from the start of the reading and approached me that way. It felt like she was more experienced, someone who knew a lot more than me, which is why I think I felt somewhat comfortable around her [...] Her scenes had me contemplate more about what kind of life I had, how I had spent it. [It made me realize] that I’ve been so busy propelling forward, and that [I needed] moments to rest, and look back on my life.”

Although more widely known for his kind-hearted characters, Yeon confessed that his real personality deviates a lot from such roles.

“When I think of it now I’m not really suited for romantic comedies,” Yeon said. “I don’t know how I prepared for such roles in the past. What I think nowadays is that I should start jotting down my thoughts, so that I can look back on what mindset and what bodily rhythm I had when I took on my prior projects. I don’t know if I will get the chance to work on another romantic comedy, but I really think that I now can’t. I’ve changed a lot as a person due to the life I've led and I’m not so confident that I could work on such bubbly projects [again].”

When asked what had changed within him, the actor replied that overall he became more relaxed and tolerant of his faults. 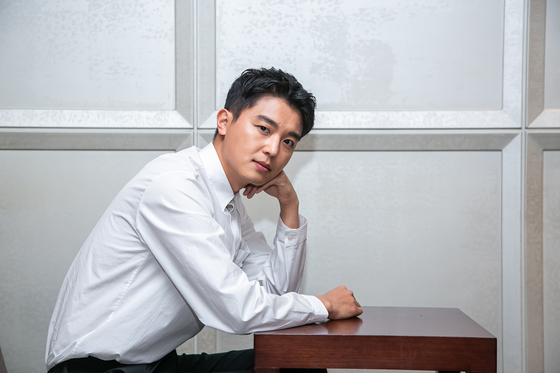 
“Before I used to think about myself in a one-dimensional way, I was more ambitious, pressing forward while struggling to fill in the blanks [of my limits], and that was seen in my acting as well,” Yeon said. “Now, I've become lenient enough to show my faults and just try to encompass them in my acting. I guess I became more stable, but it wasn’t because there was any special momentum. I just got there naturally as I hung out with people that moved me.”

Yeon starred in two films whose theatrical premiere release dates have not been set yet, but the public will soon be able to see him in television series “Undercover” on JTBC next month. The actor stressed that people will be able to witness his new vibe through the characters he plays.

“In the television series ‘Undercover,’ I portray the younger version of actor Ji Jin-hee,” Yeon explained. “It’s already been filmed and it was a projects in which I could really focus on the action sequences [...] All of the upcoming projects are genres and characters that I haven’t done before, so I think it will feel fresh to the audience too.”