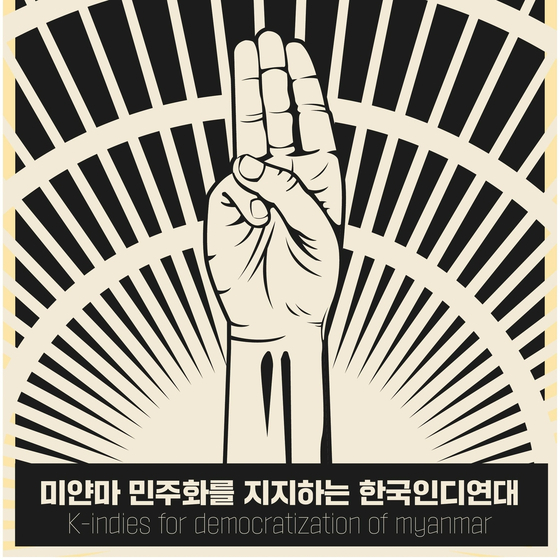 
Local indie singers will release a song dedicated to the citizens of Myanmar who are fighting for democracy.

An association of Korean indie musicians that support the democratization of Myanmar announced Thursday that they will be releasing a rock version of “March For the Beloved” on Monday.

The association explained that the artists volunteered to release the song to express their hope for peace in Myanmar and the halt of the military’s violations of human rights.

“March For the Beloved” is a symbolic song representing the Korean democratization movement to memorialize those killed during the May 18 Gwangju Uprising in 1980.

The original composer, Kim Jong-ryul, is said to have readily participated in reconfiguring the indie remake when he heard the artists’ intent.

indie singers support Myanmar democratization March For the Beloved May 31