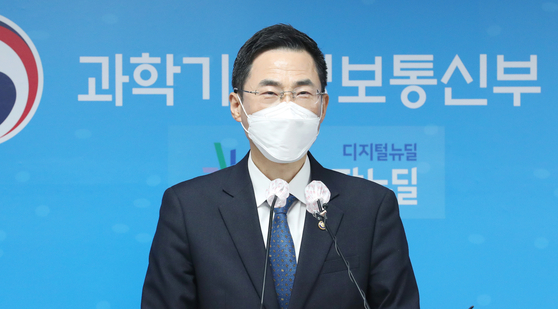 The push for carbon neutrality is one of the biggest policy initiatives under the Moon Jae-in administration, but energy experts say that the plan to make Korea a carbon neutral society by 2050 is both unclear and unrealistic.

The basic idea of the government’s Wednesday plan is to develop technology that could reduce carbon dioxide emissions to match the amount that is produced at Korea's industrial sites — not a small task considering that Korea's economy is still dominated by manufacturing industries.

The government pinpointed 10 areas that could receive investments under this goal. This includes technology involved in generating power from solar and wind, hydrogen and biomass; transmission of ecofriendly fuel; reduction of carbon emissions in steelmaking, cement and petrochemical industries; and combining digital technology to increase fuel efficiency in these fields.

Start-ups that have the relevant technology will receive government support from the business development stage. Companies already engaged in such activities will be granted tax cuts and other financial benefits.

The plan sounds good on paper, but the question is: How realistic is it?

In a country where manufacturing industries are so established and coal consumption remains high, Korea would need ground-breaking technology to generate power with zero carbon emissions.

Experts say Wednesday’s blueprint is too fuzzy to bring about practical results.

“It doesn’t really say how carbon emissions can be cut,” said Roh Dong-seok, a researcher at Seoul National University’s Energy Policy Center. “The plan lacks detail and is unrealistic.”

For example, generating power from solar and wind has limits to what can actually be produced and is vulnerable to weather conditions. The outcome will fall short at night, on cloudy days and when the wind doesn’t blow. The government plan does not address this issue nor suggest how these shortages could be overcome.

With wind power, the government aims to localize technology for wind power turbines that have 15-megawatt generation capacity by 2030.

“Currently, Korea’s technology in wind power is at around 4-megawatt capacity turbines,” said Roh. “Developing technology to push that number of 15 megawatts in merely 10 years is practically impossible.”

Considering the carbon produced in establishing facilities, ecofriendly sources like biomass may not be as green as they seem.

A carbon footprint is the carbon emissions created in a product or service’s entire value chain from production to consumption.

The same criticism applies to plans for hydrogen technology. The government focuses on the fact that burning hydrogen does not produce greenhouse gas. But they did not mention how it plans to handle greenhouse gas created in the process of producing hydrogen.

“Japan’s Ministry of Economy, Trade and Industry admits that nuclear energy and coal are responsible for 30 to 40 percent of the country’s electricity and that’s their starting point in devising plans for carbon neutrality,” said Roh. “Pushing a drive for zero carbon without mentioning nuclear and coal generation at all is unrealistic.”

The Ministry of Science and ICT said the exemption of nuclear and coal generation in the plan was merely an issue of focus.

“Wednesday’s blueprint was focused on new technology in the early stages of development so nuclear technology didn’t really have to be mentioned,” said a ministry spokesman. “The Ministry of Industry is planning to suggest follow-up energy policies that regard other power sources including nuclear.”