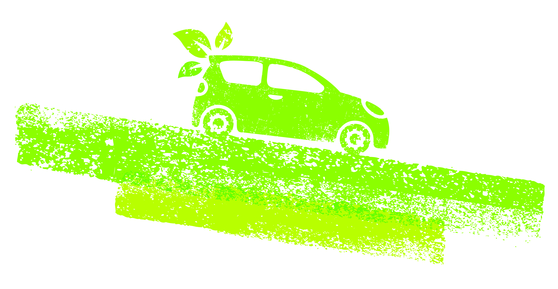 One of the cornerstones of Korea’s push toward achieving net zero carbon emissions is the transition from internal combustion engines to eco-friendly vehicles.

By 2030, the government aims to expand that figure to 7.85 million, which means that 30 percent of all vehicles in Korea will rely on electricity for their power source.

It also means that 83 percent of newly sold cars in 2030 will have to be eco-friendly models.

The government believes that achieving that objective will reduce greenhouse gas emissions by 24 percent within the next 10 years, which will contribute to the goal of achieving net zero carbon emission by 2050.

Betting big on cutting emissions through eco-friendly vehicles is a worldwide trend as combustion engine powered cars are responsible for the majority of emissions from the transportation sector.

In fact, road vehicles accounted for 96 percent of carbon emissions in the transportation sector in Korea in 2017. The sector also includes railway, shipping and aviation.

To hasten the transition, the National Council on Climate and Air Quality of Korea, a committee directly under the presidential office, suggested banning sales of internal combustion vehicles by 2035, as China and multiple European nations have committed to do, although detailed timelines differ.

As ambitious as the plan seems to be, however, a hasty transition could do more harm than good, experts say.

"But instead of focusing on the speed of EV adaption, internalizing technology and securing facilities should come first in order to form an EV-focused auto industry that is sustainable in the long term." 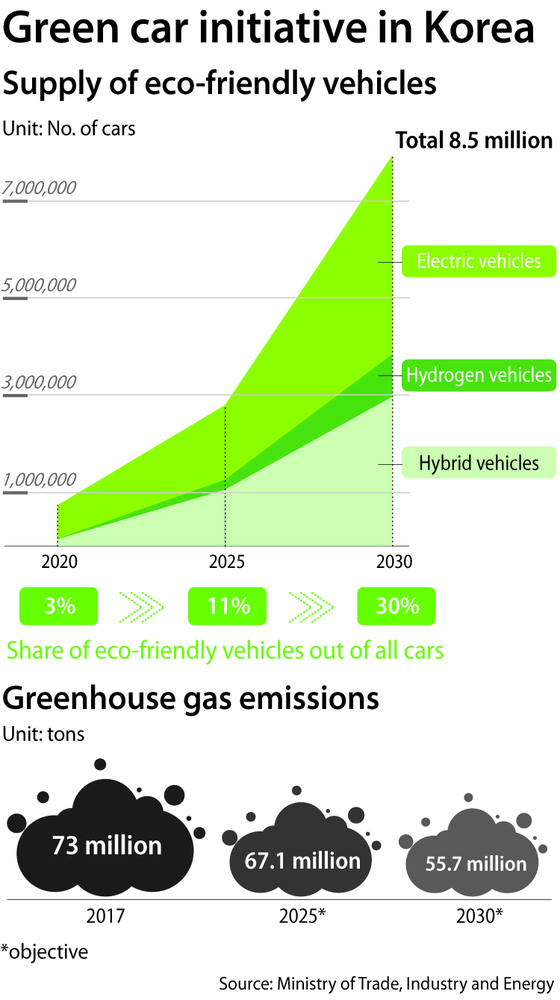 
The plan to cut vehicles emissions set by the government is quite aggressive, but whether Korea's auto industry is ready to embrace the full-fledged EV era needs to be carefully considered.

Demand for EVs is expected to grow at an exponential speed, but the manufacturing facilities and technology required to handle that growth is still lacking.

An EV needs approximately twice as many electrical components as an internal combustion engine car, according to industry data, yet domestic auto parts suppliers are still largely focused on making machine parts. According to the Korea Trade-Investment Promotion Agency report, only 15 percent of the first-tier auto parts suppliers in Korea are dedicated to making electronic parts.


If the situation persists, reliance on imports will only grow, which will leave Korea behind in the global paradigm shift toward achieving net zero emissions in the long term.

"Korea at the moment falls far behind in making electronics parts that are needed for EVs, and most of them are from imports from Europe" said Lee from KATI.

"Demand for electronic parts will only increase with development of connected cars and autonomous cars, but there is not a single auto parts supplier that can handle such demand with quality."

The latest delay in deliveries of Hyundai Motor's Ioniq 5 due to a shortage of electric motors is one example that shows demand for EVs has already exceeded manufacturers' capacity to supply them.

Production of the Ioniq 5, the first EV model to be launched on Hyundai Motor’s EV-dedicated modular platform, was cut by 75 percent in April as supply of electric motors fell short.

The penalty given to automakers that cannot meet the greenhouse gas emissions standard will also expand imports of EV models for those who don't make their own in Korea. Hyundai Motor and Kia make their own EV models, while GM Korea, Renault Samsung Motors and SsangYong Motor don't have EV facilities at their Korean factories.


In 2019, 12 out of 19 automakers doing business in Korea couldn't fulfill the greenhouse gas emission standard set by the Ministry of Environment and were fined. Kia, Renault Samsung Motors and SsangYong Motor were among the companies that sold cars that exceeded the 110 gram per kilometer (g/km) greenhouse gas emissions limit set by the ministry.

"Phasing out fossil burning vehicles should not be considered a competition, but needs to be done in a manner where the Korean auto industry can benefit from selling EVs," said Jung Man-ki, chairman of the Korean Automobile Manufacturers Association (KAMA).

"In order to achieve that, time is needed to internalize technology, make investments, secure manufacturing facilities and train the employees."

Reliance on imports for parts and models will be critical to dropping the price of EVs, which at the moment come with a premium of 20 million won compared to internal combustion engine vehicles.


State subsidies, which for Seoul residents can total a maximum 12 million won, are driving up demand for now, but when the subsidy shrinks as the market matures, EV prices will have to be on par with internal combustibles to become mainstream.

"The price gap can be compensated with subsidies for now because the quantity hovers around 100,000 units per year," says Jung. "But what if EV demand shoots up like the government plans? Subsidies cannot be the solution for the price gap in the long term."


Aiming for a virtuous cycle


Instead of focusing on speed of production, forming a virtuous cycle that covers everything from from an EV is powered to how its batteries are handled once the vehicle gets old will have to be considered.

If burning fossil fuels remains a major source of power supply for batteries, transitioning to EVs will be nothing more than shifting where the emissions come from. When toxic chemicals released from discarded batteries are added to the picture, EVs would hardly be more sustainable than internal combustion engines.

Acknowledging such concerns, major EV makers and battery makers in Korea have initiated research into making EVs eco-friendlier, and some of them have begun to come to fruition.

Hyundai Motor, the biggest automaker in Korea and the world's fourth-biggest supplier of EVs when combined with its affiliate Kia, has recently started a pilot project to reuse batteries from its EVs in energy storage system (ESS). The automaker believes that the ESS solution will create a more stable supply of electricity generated from renewable energy while preventing harmful pollutants from the used batteries being released to the environment.

In partnership with Korea Hydro & Nuclear Power, Hyundai Motor plans to install a 10 megawatt-hour (MWh) ESS at its Ulsan factory by the end of this year, which will be powered by solar energy.

It is a fledgling business, but will be available for real-life application within the next few years, as the number of used batteries will grow at a rapid pace.

According to the Korea Energy Economics Institute, the number of used EV batteries, which reached 104 tons this year, will reach 18,758 tons by 2029.


"It would be the best scenario if all EVs could be charged with electricity generated from renewable energy, but that is not the case as renewable energy is highly volatile and matching supply and demand in a timely manner is nearly impossible, said Oh Jae-hyuk, Hyundai Motor vice president in charge of energy development business.

"ESS makes such matching possible and when the ESS is made with used batteries from EVs, the cost gets lower, enabling wider usage of the storage system."

The Korean carmaker, which develops its own fuel cell system, is also betting on fuel cell system-based power plants as they are more cost effective than ESS when making large amount of electricity, according to the company.

Earlier this year, it launched a fuel cell generation system in Ulsan where the fuel cell system used in its hydrogen-powered Nexo SUVs are stacked up in a large quantity and act as a sustainable power plant. The pilot project will start with annual production of 8,000 MWh, which according to the company is able to power some 2,200 households.

The government recently lifted regulations that said that used EVs batteries has to be surrendered to local governments in order to promote more research into using discarded batteries in eco-friendlier and more economic ways.

The Ministry of Environment will build four centers to collect used batteries from EVs that were registered before 2020 to evaluate the residual value of the battery and distribute or sell them to third parties that want to do research or run a pilot project like Hyundai Motor. Each center will be able to handle 1,000 batteries at a time.

"Until last year, [before the regulation was lifted], only 400 batteries were returned to local governments, most of which were from accidents as the first generation of EVs are yet to have reached their lifespan" said Namkung Hyun, deputy director at the resource recirculation bureau at the Ministry of Environment.


"After five to seven years when batteries start to swarm in, the retail process of the batteries will lead to the formation of some business models where private entities act as intermediaries between EV consumers and the third business parties."