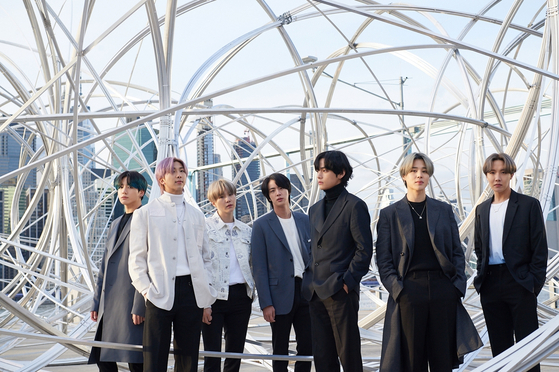 
“We continue to be amazed by the boundary-breaking power of music when we meet and communicate with our fans through music and see our message resonate with them, and when we, in turn, are healed and comforted through this process. The same must be achieved through visual arts.”

The first thing that comes to mind when a musician announces a new project is of course the release of a new single or album, or a collaboration with other musicians. So when BTS launched its “CONNECT, BTS” contemporary art exhibition series that took place in five different cities around the world last year, it wasn’t just the band’s fan club ARMY that was taken by surprise but experts in the arts field as well as cultural laymen who never expected such marriage between pop culture and “serious” art.

Why did BTS put together an art exhibition project? How did the curator take pop music and fuse it together with art? How did individual artists become involved and how did they find the experience? And what was the message that BTS wanted to send? 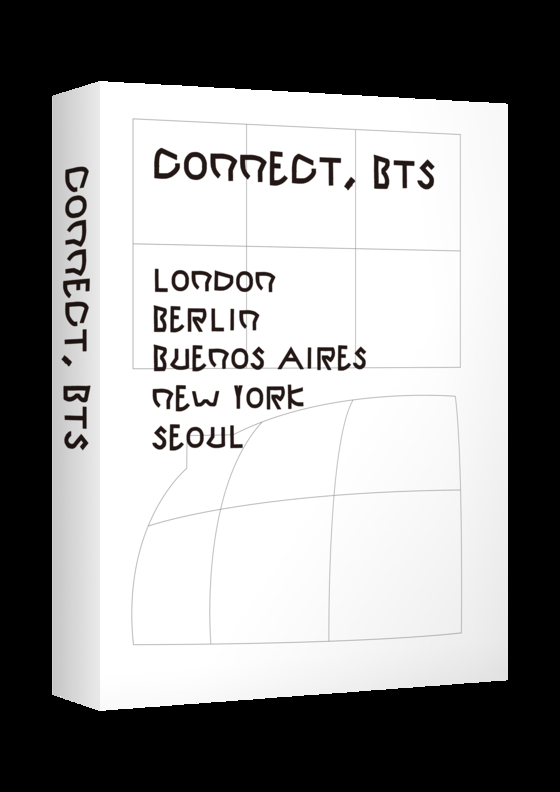 
The answers can all be found in the “CONNECT, BTS" e-book now available to download for free at www.connect-bts.com. Big Hit Entertainment began distributing the e-book for free on March 29 to celebrate the one-year anniversary of the day that the project ended.

“Pop music, a major driver for the 'CONNECT, BTS' project, has a long history of multi-generational, global appeal [of a kind] that art has rarely managed to achieve,” wrote Lee Dae-hyung, the main curator of “CONNECT, BTS” in his essay he wrote for the book titled “Collective Intelligence: The Making of ‘CONNECT, BTS.’”

“Initially, everyone was skeptical. Organizing a public art project involving five countries with five widely divergent systems and practices in a seven-month time period was simply not realistic. These challenges notwithstanding, not one of us bailed out. Why? Because the project was a collaboration with BTS.”

The “CONNECT, BTS” project featured 22 artists and curators from around the world, with five different exhibits taking place in London, Berlin, Buenos Aires, Seoul and New York, all under the name of BTS and the band’s message of diversity. Works by artists Yiyun Kang and Ann Veronica Janssens were displayed at Seoul’s Dongdaemun Design Plaza.

The inauguration of the project itself was unexpected, but the lineup of world-class artists and venues came as even more of a surprise. London’s esteemed Serpentine Galleries and Berlin’s prestigious contemporary art exhibition hall Gropius Bau were among the venues along with Buenos Aires’ Great Salt Lake and New York’s Brooklyn Bridge Park Pier 3, while world-renowned contemporary artists such as Tomás Saraceno and Antony Gormley created new works for the project. 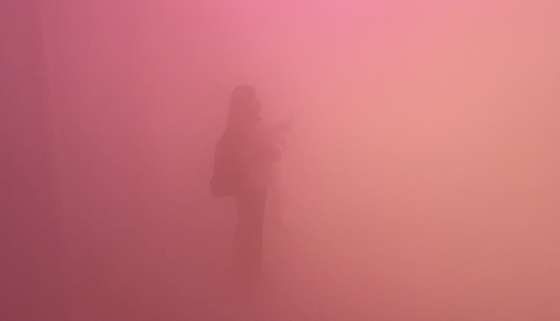 “Green, Yellow, Pink” (2017), one of the two works that artist Ann Veronica Janssens contributed to the Seoul leg of ″CONNECT, BTS″ exhibition project held at the Dongdaemun Design Plaza in central Seoul, highlights the materiality of light by using mist to create a foggy effect. [JEON TAE-GYU]


The book begins with a message from BTS, followed by essays from the two main curators Lee and Hans-Ulrich Obrist, who is also the director of Serpentine Galleries. Pictures of the exhibit and explanatory notes on the works are included in the book as well as interviews with the artists who participated. Art historian W. J. T. Mitchell, culture theorist Mieke Bal and sociologist Maristella Svampa also contributed their writing to the book.

“BTS’s words speak to the acts of bridge-building and connecting people through countries, energies and generations,” wrote Obrist in his essay “CONNECT, BTS.”

“In our current climate of ecological, social and political crises, this push towards togetherness over isolation is more important than ever. Our world today is still segregated into bubbles, especially within the realm of culture: the music world, the art world, the museum world [...] The truth is that the major issues of the 21st century will not be solved if we remain enclosed within our own caves of knowledge and experience, and in this sense ‘CONNECT, BTS’ seeks to break down these barriers and to transcend borders.”

The e-book is available in both Korean and English and can be downloaded until April 30. The “CONNECT, BTS” font is also free to download from the website.