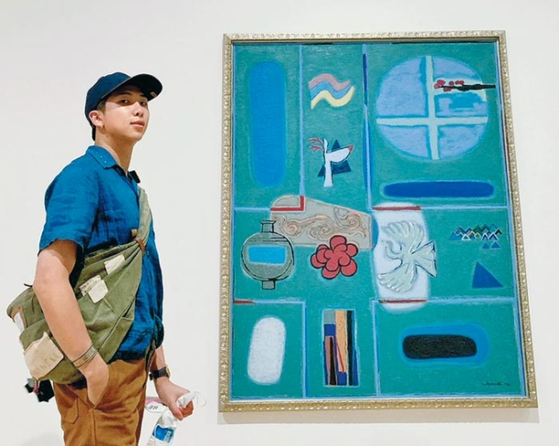 
RM of boy group BTS has donated 100 million won ($84,500) to the National Museum of Modern and Contemporary Art, the museum announced on Monday.

To encourage more people to read art books, the K-pop artist timed the donation to coincide with his 26th birthday on Sept. 12.

The museum said the money will be used to reprint some of the books printed by the museum that have been discontinued or that need to be reissued. The books will be distributed next month to about 400 public libraries across the country, as well as school libraries. They will also be on display at the museum.

RM's keen interest in art is well known. He has been spotted at many different art galleries and museums, and has documented himself appreciating art in photos posted to social media.