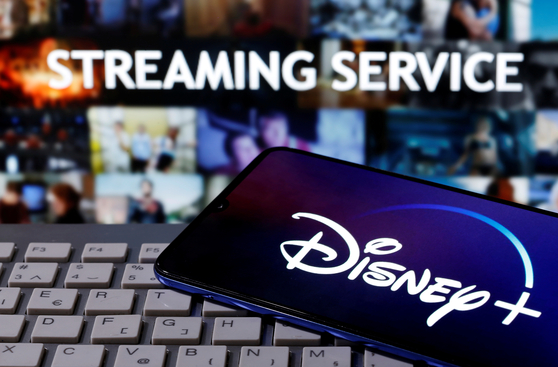 
Disney has begun to distance itself from its Korean partners, removing Disney content from local over-the-top (OTT) streaming services ahead of the launch here of its own service, Disney Plus.

Wavve, an OTT streaming service run by SK Telecom and Korea’s three major broadcast channels, announced Sunday that its partnership with Disney will end on April 30 with no plan of extending the contract.

“The licensing contract expires at the end of this month,” said a spokesperson for Wavve. “Disney has confirmed that it will not extend the contract.”

In that case, some 100 animated films and movies including the “Avengers” and "Frozen" series will be no longer available on Wavve. Users will still be able to individually purchase each movie after the contract expires, according to the company.

Disney is unlikely to renew its licensing contracts with other local OTT services as well, in a bid to secure exclusive content for Disney Plus, which will launch in Korea in the second half of this year.

“Disney relies on the quality of its brands," said Richard Broughton, an analyst at Ampere Analysis. "It has shows and films that people, fans, feel they need to watch."

Disney Plus is growing rapidly.

According to British media outlet The Guardian, based on data from Ampere Analysis, the number of subscribers to Walt Disney Company’s OTT services — including Disney Plus, ESPN+ and Hulu — is expected to exceed Netflix by 2024.

This is not the first time Walt Disney has pulled its content from other platforms. In 2019, when Disney first rolled out Disney Plus, it discontinued its licensing contract with Netflix as well.

As well as Disney content being removed from local OTTs, telecom companies are also frustrated with prolonged partnership negotiations.

Disney Plus is currently negotiating with the three big local telecommunication companies — KT, SK Telecom and LG U+. The partnership would allow network operators to offer Disney programs on their IPTV services and Disney Plus to enter the market through companies with thousands of wireless and mobile subscribers.

Disney Plus partnered with Verizon for its service launch in the United States and also joined hands with NTT Docomo, Japan's leading mobile phone operator, when starting the service in Japan. Disney Plus is currently in talks with three Taiwanese companies, including ChungHwa Telecom, for partnership negotiations in Taiwan.

Despite continuous negotiations with the three major mobile carriers in Korea, Disney Plus has yet finalized its business partner.

“It's so frustrating that Disney hasn't been giving us a clear response no matter how favorable terms and conditions we suggest," said an unnamed spokesperson for one of the negotiating telecom companies.

Amid the drawn-out negotiations, concerns have been raised that local telecom companies may end up signing a deal that exempts Disney from paying network usage fees. In the past, LG U+ and Netflix signed an IPTV partnership contract that allowed Netflix to pay next to nothing in network usage fees.