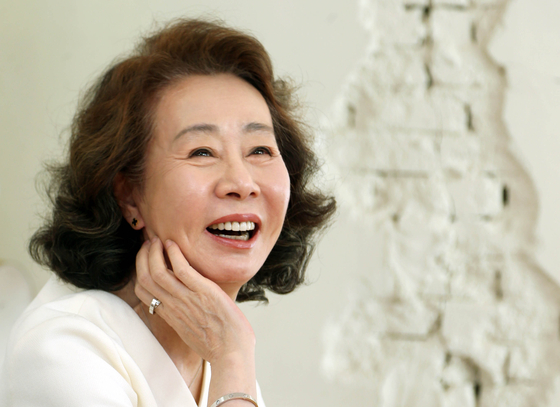 
Youn Yuh-jung became the first Korean to win best female actor in a supporting role for her performance in “Minari” at the 27th Screen Actors Guild Awards on Monday, bringing her a step closer to a possible Oscar win.

When her win was announced by presenter Henry Golding, a look of amazement spread over Youn’s face. 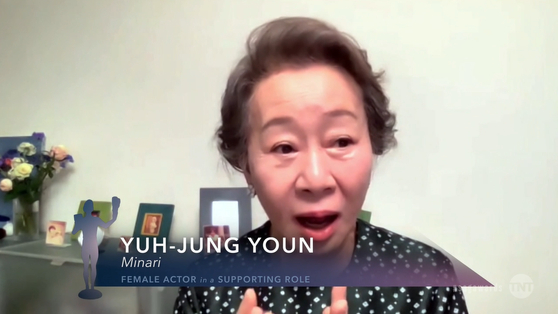 
“I don’t know how to describe my feelings,” the flabbergasted actor told the audience. “I’ve been recognized by westerners!"

Youn’s competition in the category were Maria Bakalova from “Borat Subsequent Moviefilm,” Glenn Close from “Hillbilly Elegy,” Olivia Colman from “The Father" and Helena Zengel from “News of the World.”

The 27th Screen Actors Guild (SAG) awards was a virtual event which was aired on American channels TNT and TBS and live-streamed online on sagawards.org.

The SAG awards sometimes predict Oscar winners. Last year, “Parasite” took home the SAG award for outstanding performance by a cast in a motion picture and then won four Oscars, including best picture.

Youn portrays an unorthodox grandmother, Soon-ja, who helps keep her family together in director Lee Isaac Chung’s “Minari.” Set in 1980s Arkansas, the film centers around a Korean immigrant family trying to achieve their own American dream by starting a farm.

Youn is the fifth Asian actor to be nominated as best supporting actress and the first Korean. If she wins, she will be only the second Asian actor to be recognized in Oscars history after Miyoshi Umeki in “Sayonara” (1957).

The 93rd Academy Awards will be held at Union Station and the Dolby Theatre in Los Angeles on April 25.