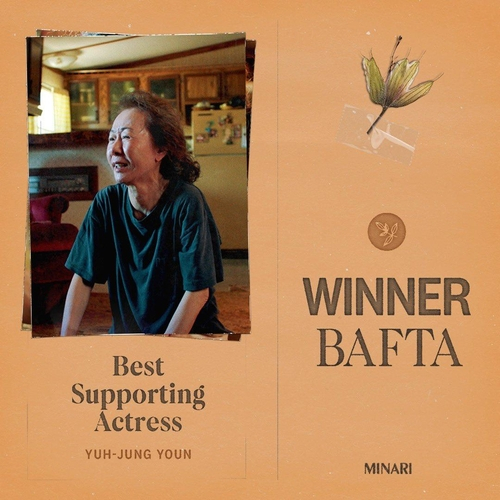 
Actor Youn Yuh-jung took home the best supporting actress award from the 74th British Academy of Film and Television Arts (Baftas) Sunday, breaking another milestone and becoming the first Korean to win an award at the ceremony, for her performance as grandmother Soon-ja in “Minari.”

“Thank you so much for this award. Every award is meaningful, but this one, especially [being] recognized by British people [and them] approving me as a good actor,” Youn said at an online acceptance speech. “So I’m very, very privileged and happy.”

Hollywood media outlet Variety commented that Youn’s wins including her Screen Actors Guilds Awards could “very well pave the way for another victory at the Oscars later this month.”