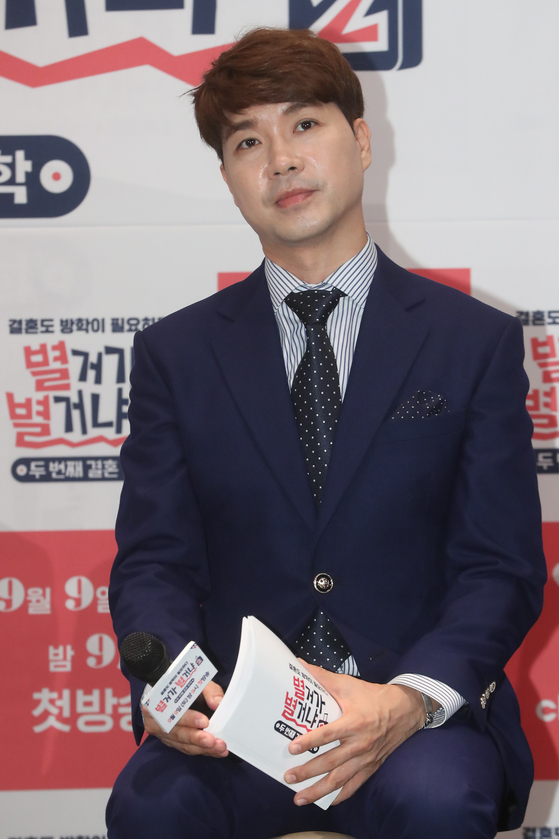 
TV personality Park Su-hong is suing his brother for embezzlement, over a week after financial woes related to his family first came to light.

The saga started with a comment on a video posted on Park's YouTube channel on March 26 which claimed Park had not married because of his brother and his brother's wife and accused the couple of taking Park's assets over the past 30 years that he's been working as an entertainer.

After the comment drew attention, Park addressed the claims on his social media on March 29, confirming that he had faced financial problems while working with his former agency that was operated in the names of Park's brother and his wife.

“One day after some 30 years, I learned that many things I made were not mine,” he wrote. “I was really shocked and tried to have conversations to correct the situation, but I did not hear any thing back for a long time until now.”

He also added his parents had no idea about the financial issues and asked that they not be blamed.

A lawyer representing Park said he and his brother had set up a management company about 30 years ago and worked together until July last year. It was initially agreed that the brother would take 20 percent of the profits while Park would take 80 percent. This agreement was later revised and the brother's percentage was upped to 30. However, the lawyer said the brother did not stick to the terms of their agreement and also used a corporate card to pay for personal expenses.

On Sunday, Park's brother told local media that issues arose between the pair when Park tried to introduce his much younger girlfriend to the family and they disapproved of the relationship. The brother also claimed an apartment which had been in Park and his mother's name was signed over to Park's girlfriend. He said he was also considering taking legal action.

Park, who was starring with his mother on reality TV show “My Little Old Boy,” which features unmarried celebrities and their moms talking about their lives, announced Saturday that he would no longer be appearing on the show.