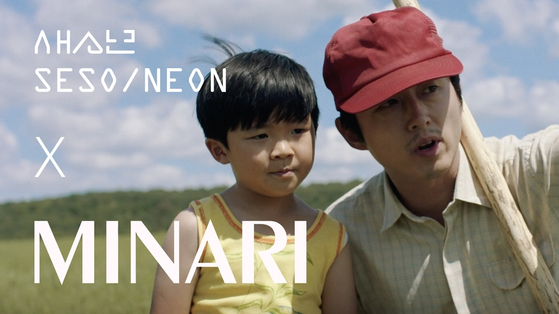 
Indie band Se So Neon has teamed up with award-winning film "Minari" to produce a special music video for its latest song "Jayu."

The music video dropped on April 5 and features scenes from "Minari," used to tell the narrative of the song.

"Jayu," which means freedom in Korean, is a song about having the courage to face your fears, according to the band's agency Magic Strawberry Sound and the collaboration came as the result of "the commonalities between the song and the film."

"When we came across 'Minari' as an audience, we felt a realistic sense of family bonds amid hard times, but the urge to pave new paths," the band said through its agency.

"We left the theater feeling warm inside and then a few days later we were offered to collaborate on a music video. We accepted without a moment's thought."

The band added, "We are happy to feel a new vibe from 'Jayu' with the help of such good work."