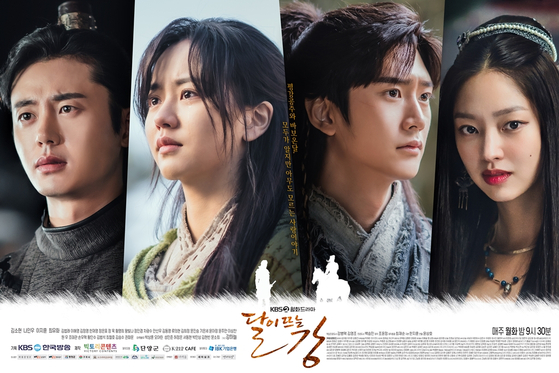 
KBS 2TV's ongoing drama "River Where the Moon Rises" will submit its work to the Emmy Awards its production company announced Wednesday.

“River Where the Moon Rises” is a periodic romance based on the novel “Princess Pyeonggang” (2010) by Choi Sa-gyu, which is a fictional reinterpretation of the folktale of Princess Pyeonggang and the Fool Ondal.

It first aired on Feb. 15 and after just four episodes saw its viewership rating hit 10 percent.

The drama faced a hurdle when actor Jisoo, who played the main character, was accused of bullying his peers when he was in middle and high school and he stepped down from his role.

Jisso was replaced by Na In-woo, who had played the role of a high-ranking military official in the Joseon (1392-1910) era for the tvN periodic drama series "Mr. Queen."

Victory Contents, the production company, has sold the drama's publishing rights to 190 countries including the United States, Japan and Britain.

The Emmy Awards, which began in 1973, celebrates high-quality drama series all over the world.