Retailers and IT firms are investing aggressively in rapidly growing live commerce.


Live commerce is similar to homeshopping but done on mobile phones. Unlike homeshopping, viewers can communicate with hosts directly as the show is being broadcast. The live commerce market hit 400 billion won ($460 million) last year, according to a research center from Kyobo Securities.

One of the most active players in the business is Kakao Commerce. 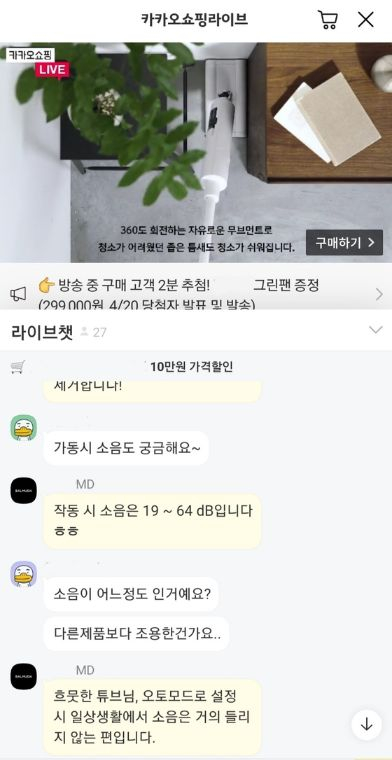 Upon entering the company headquarters in Pangyo, Gyeonggi, last week, guests were greeted by a live commerce studio.

In the 150 square meter (1,614 square foot) studio was a stage surrounded by show hosts, five cameras, two monitors and a light. The first monitor was being used to observe the comments left by viewers and by the show producer, while the other monitor was used to monitor the show live.

The producer, assistant directors and merchandisers were giving directions behind the cameras. The show hosts usually check the questions themselves, but a producer captures the most important ones and puts them on the monitor.

“There is a question about how to switch modes,” read a direction by a producer shown on a monitor for a show promoting an air purifier. “Can we be specific? Show the tone of the audio [when selecting the function on the air purifier].” 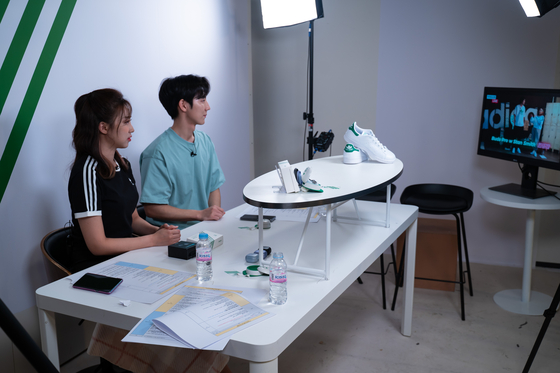 Show hosts look at a monitor during a live commerce show at Kakao Commerce Studio in Pangyo, Gyeonggi. [KAKO COMMERCE]


Weather caster Bae Hye-ji, who read the direction, turns on the air purifier, and tells viewers, “I’ll turn it on. Did you hear that? Let me show you how to change modes.”

When asked by a viewer, “How large of a home can it be used in?” Bae answers within two to three minutes, “It can be used in a house that measures up to 60 square meters.” At the same time, the merchandiser answers the questions in the chat room by text.

For a show that starts at 7:30 p.m., staff start preparing in the early afternoon while show hosts arrive at the studio two to three hours before the show starts for rehearsals.

Once the show starts, there is only one minute of rest for the team when the products are being shown on the screen.

“Kakao started a live commerce service when we already had a large pool of consumers," said a spokesperson for Kakao Commerce. “We are working on live commerce with the belief and responsibility to strictly work on the shows just like regular programs [on television].”


Naver is another major player in the live commerce market.

Naver launched its services in March last year while Kakao kicked off in October.

Naver broadcast 35,000 shows as of last month with total views surpassing 170 million, while Kakao broadcast some 230 shows with 30 million views.

Kakao said it plans to raise the number of shows broadcast to twice a day to as many as five times a day.