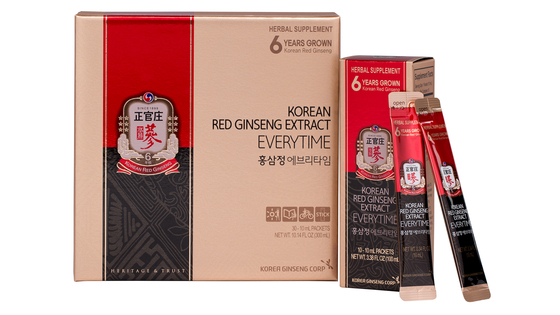 Red ginseng improves the efficacy of influenza vaccines and prevents respiratory damage, the Korean Ginseng Research Institute announced in the wake of the Covid-19 vaccine rollout across the globe.

According to the research institute of the Korea Ginseng Corporation (KGC), red ginseng has preventive and antiviral effects on respiratory diseases caused by viral infection.

Among the research cited by the institute is a paper dubbed “Protective Effect of Korean Red Ginseng Extract on the Infections by H1N1 and H3N2 Influenza Viruses in Mice.” Published in the Journal of Medical Food in 2012, the research suggests that red ginseng improves the efficacy of influenza vaccines.

In the study, two separate groups of mice were exposed to H1N1 and H3N2 influenza viruses after vaccination. The experimental group were fed red ginseng extract for 14 days before virus exposure while the other weren’t.

The mice that had been fed ginseng showed a higher survival rate.

Both a control and experimental group of mice were exposed to pneumonia after the pep27 mutant vaccine was injected, and similar to the previous study, the group that had been fed ginseng showed a better survival rate and took less time to be immunized.

Red ginseng is the most sought-after health product in Korea. Officially certified by the Ministry of Food and Drug Safety, it helps boost immunity and improve blood circulation.

KGC also signed a memorandum of understanding with the International Vaccine Institute to provide ginsenosides for vaccine development.

“More and more consumers are looking for red ginseng products to boost immunity due to Covid-19,” said Kim Yang-jin, global division chief at KGC. “Korean red ginseng is exported to countries including the United States, China and Japan, contributing to health worldwide.”