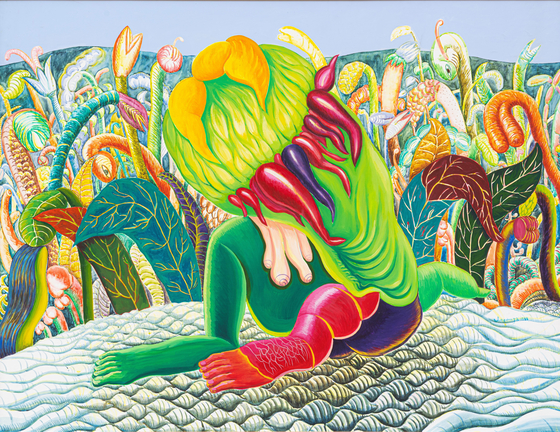 ″Alive-88″(1988) by Kim Choonja is part of the ″Greatness of Everyday: Reversing the Narratives″ exhibition at the Busan Museum of Art. [BUSAN MUSEUM OF ART]


BUSAN — Visitors to the Busan Museum of Art in the southern port city will encounter a group of grotesque portraits. One of them shows a man wearing a denim Jacket. Making a weird contrast with the jacket, which was the symbol of youth culture in the 1980s, the man’s face is deeply wrinkled and partly blurred. The work, created by artist Song Zoosub in the early 80s, is titled “Generation.”

Among the works is also a family portrait painting, which looks like a faded photograph. In the painting, the faces of the family members have been replaced by empty masks. The painting, which might suggest that the reality for many families is much different to the idea of a conventional nuclear family, is a 1982 work by Ahn Chang Hong. These works are part of the ongoing exhibition "Greatness of Everyday: Reversing the Narratives" that deals with figurative art in Busan in the 1980s. 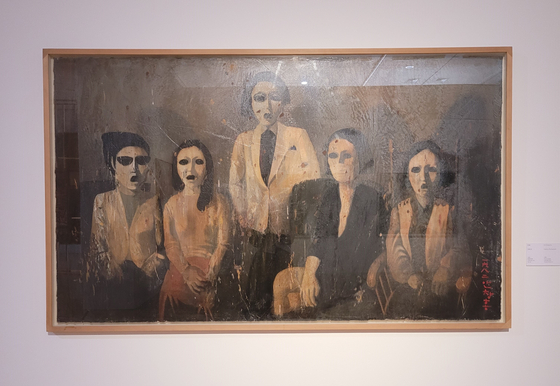 
The 80s in Korean art history is remembered as the era of two art groups that mixed like oil and water: one was a group of abstract artists led by Dansaekhwa, or Korean monochrome paintings, and the other was the group of Minjung artists, or people’s artists, who pursued social realism with strong political messages. However, there also existed important artists who created non-abstract work related to individual themes and accordingly are categorized as neither of the two groups. “This exhibition sheds light on these artists and explores the meaning of them in the Korean art history,” Ki Hey-kyung, director of the museum, said.

The exhibition features 120 paintings and sculptures by 26 Busan-based artists. Among the exhibits are also more surrealistic paintings like the “Alive” series by Kim Choonja. “When the artist felt her second baby wriggling and kicking, she became keen to the movements of every living organism surrounding her and expressed them in these paintings,” explained Kim Kyung-mi, curator of the exhibition. 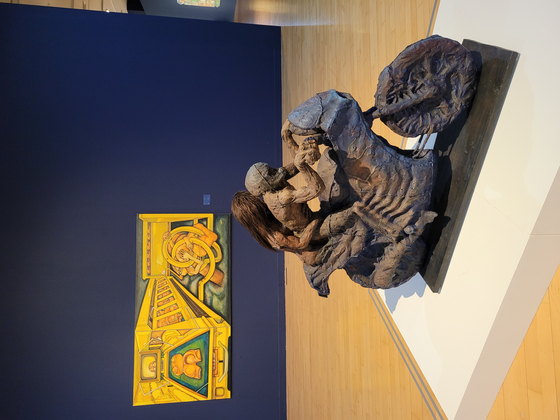 The sculpture ″Some Scenery″(1992) by Kim Hyungun and the painting ″Match″(1988) by Kim Mia are part of the ″Greatness of Everyday: Reversing the Narratives″ exhibition at the Busan Museum of Art. [MOON SO-YOUNG] 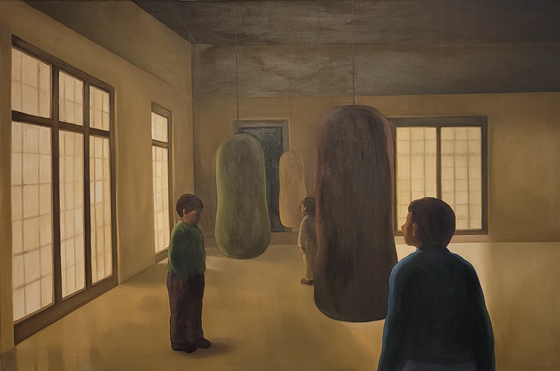 ″Untitled’(1991) by Lee Hyejoo is part of the ″Greatness of Everyday: Reversing the Narratives″ exhibition at the Busan Museum of Art. [MOON SO-YOUNG]

“In particular, figurative artists in Busan worked individually and dealt with social issues through their individual problems. This exhibition is an attempt to establish a place in art history for those artists who had been neglected in the history of figurative art.”

The exhibition runs through Aug. 22. Booking in advance is required due to the pandemic. Admission is free.