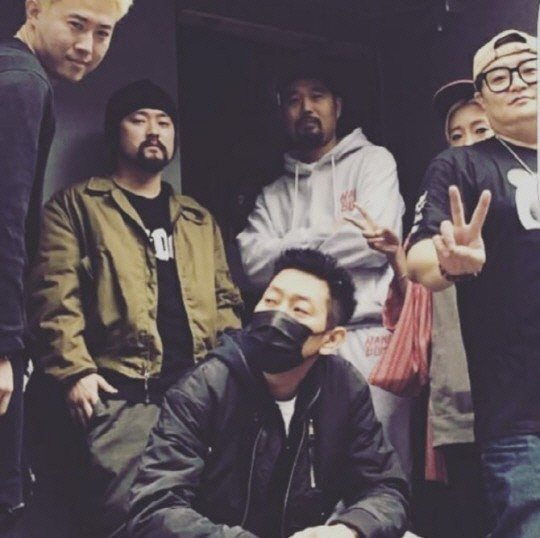 Tensions surfaced among members of DJ DOC over the weekend following the death of DJ DOC rapper Lee Ha-neul's younger brother Lee Hyun-bae. Lee argues that his younger brother, who was found dead at his home in Jeju Island Saturday, had been agonizing over financial difficulties ignited by another DJ DOC member, Kim Chang-yeol.

The argument arose after Lee sent an angry message to Kim, who posted a message on his social media in remembrance of the deceased Lee on Saturday. In the message, Lee blamed his brother's death on Kim. Kim’s agency immediately tried to explain the situation, saying that Lee is having a hard time dealing with the devastation of his loss, and asked fans to not misunderstand anything.

However, Lee, during a live streaming session on his social media Monday, continued to argue that Kim initiated the stimulus leading to his brother’s death. All three members of DJ DOC had previously bought land in Jeju together, but as member Jung Jae-yong was short on money, Lee's younger brother Lee Hyun-bae pitched in instead to remodel the building and start a lodging service. After they started remodeling the building on the land, Lee said Kim suddenly spoke up and claimed he couldn’t pay for the remodeling fee due to potentially low profitability. That was the start of the financial troubles for Lee Hyun-bae, according to Lee Ha-neul, which eventually led the younger brother to his death. The deceased had been working as a delivery person in Jeju and got into an accident, but he asked his friends to never tell his older brother about the accident.
The family of the deceased asked for an autopsy, which is scheduled for Monday.

During the live session Lee also argued that Kim was not attentive or active while working as part of DJ DOC, and never bought a meal for his brother, who had written the lyrics and melody for many of the DJ DOC’s hit songs.

After Lee went online to share his side on Monday, Kim posted later on Monday asking people not to make any conjectures. Comments on his previous post in remembrance of the deceased are all hidden now.

“DJ DOC has grown since the debut in 1994, and we have relied on each other and been together for a very long time,” Kim said on his social media channel.

“During that time, we had done some businesses together, and it is true that we had gone through some unpleasant times. I’m very cautious to bring up things that happened a long time ago, even before the sorrow to say goodbye to a friend goes away, and I ask that people refrain from making any assumptions.”