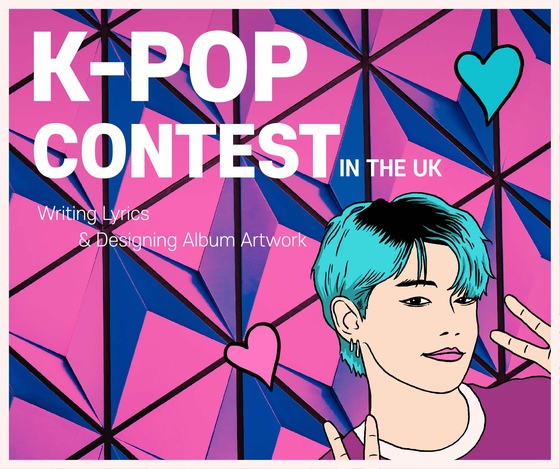 
Korean Cultural Centre UK is recruiting local talents in Britain who can write lyrics to recently composed music in order to help spread K-pop in the country. It is also recruiting talent to design album covers.

Anyone who wants to make a debut as a K-pop lyric writer or album designer can apply through the cultural center’s website until June 2.

The search for new talent is in collaboration with York St John University, which plans to hold a Korea festival dubbed “Yor-K” on July 17. The winning lyrics and design will be announced at the festival and will be released through major music outlets like iTunes, Spotify and Melon. Some of the submitted designs will also be on display at York Theatre Royal.