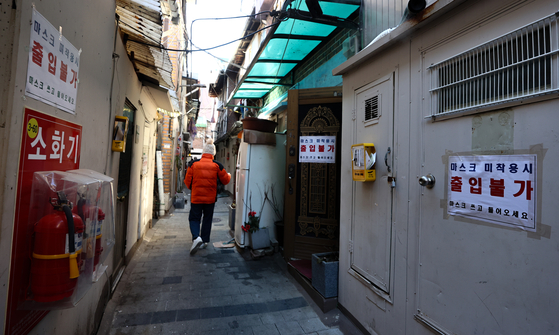 Seoul city has put together a special team to focus on welfare and housing policies for single-person households starting Monday.

“This was a campaign pledge of Seoul Mayor Oh Se-hoon, to put together a task force team to focus on policies for some 1.3 million single-person households in the city,” Seoul Metropolitan Government said in a statement Monday.

A third of residents in Seoul are living alone, according to the city government. Compared to the number of single-person households in 1980, the number has increased 16-fold.

According to a city government study in 2016 conducted in cooperation with Seoul Welfare Foundation, as many as 162 people who lived alone in Seoul died alone in the city in 2013, of which 137 were men, many of them in their 40s and 50s.

“Due to the growing needs of these single-person households, such as health care, poverty, loneliness and housing, the city government has decided that it is time for a team to focus on all these issues,” the city government said. “The special team on single-person households will bring together officials and experts in the fields of gender equality, health care, poverty, and housing, to cater for the specific needs of these people.”

The team, which will have some 30 personnel, will have direct communication with the mayor’s office starting May.

Some of the specific tasks of the team will include the provision of smart watches to help monitor health conditions of people living alone with underlying illnesses, support for elderly single-person households to buy and care for pets and possibly running housing facilities where elderly singles can live together and share common spaces, such as kitchens.

“We will be working on improving the lives of the people who live alone, as it is one of the population sectors growing rapidly,” Mayor Oh said in a statement on Monday. “With the launch of the team, we hope to be able to cater to the specific needs of the single-person households.”