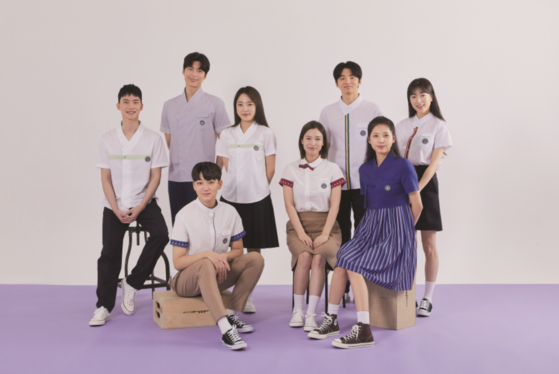 
The Korea Craft & Design Foundation (KCDF) will begin accepting applications from middle and high schools across the country and will choose 25 among them to supply with school uniforms inspired by hanbok, traditional Korean dress.

Last year, the Ministry of Culture, Sports and Tourism and the Ministry of Education chose 16 schools and distributed hanbok school uniforms to their students. This year, the number of schools will be expanded to 25, while the budget will increase from 600 million won ($540 thousand) to 870 million won. Applications can be submitted from May 3 to 28.

The KCDF held an open competition last year and 52 designs were chosen through an online vote and developed into uniforms. This year, 29 more designs were added meaning schools will be able to choose from 81 designs. 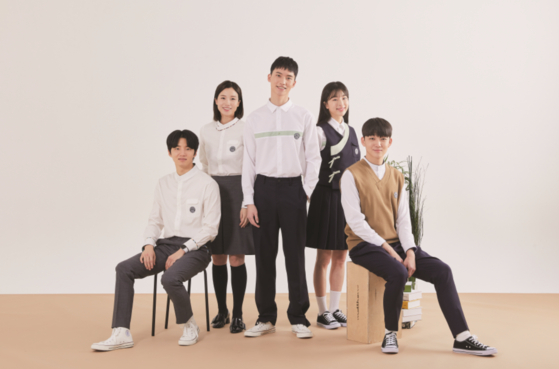 
Schools will receive 300,000 won for each new student to buy one set of summer and winter uniforms. Students enrolling in the schools from 2022 to 2024 will get the new uniforms. After a school has been chosen for the project, an expert from the KCDF will visit it to provide detailed information on the new uniforms.

The hanbok uniforms can be viewed at an exhibition at the KCDF Gallery in central Seoul’s Insa-dong. The exhibition began today and will run until May 21 for students and teachers to view. The gallery will also hold consultations for school officials on how the project will be run. Reservations are required for consultations but not the exhibition.

All the uniforms and details of the project can be viewed at the Hanbok Advancement Center’s website (www.hanbokcenter.kr) or the KCDF website (www.kcdf.kr). The chosen schools will be announced in early June.