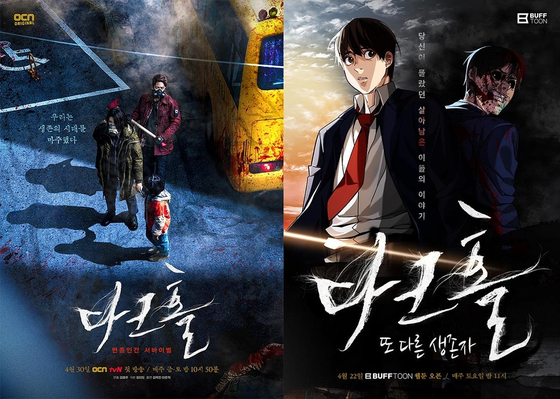 
Upcoming OCN drama series “Dark Hole” will also be available as a webtoon, the cable channel said on Thursday.

Although OCN has previously adapted famous webtoon works into dramas such as “Save Me” (2017), “Strangers from Hell” (2019) and “The Uncanny Counter” (2020), it’s the first time a television series has been the inspiration for a webtoon.

For the webtoon, the channel collaborated with NCSoft’s BuffToon. The first episode will be published at 11 p.m. on Saturday.

“Dark Hole” is set during an apocalypse when people turn into mutants after inhaling black smoke that emanates from a sinkhole. The webtoon will have the same setting but focus on different survivors' stories.