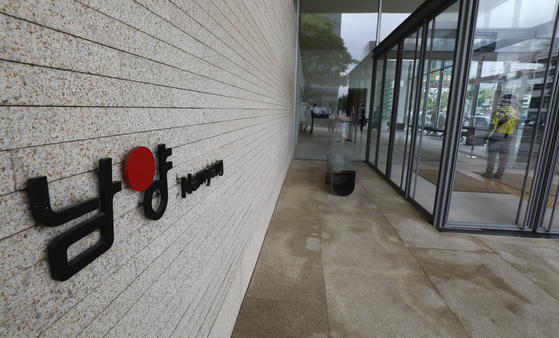 
Seoul Police raided the Namyang Dairy Products headquarters and its factory in Sejong after the Ministry of Food and Drug Safety accused the company of violating advertising laws.

Seoul Metropolitan Police on Friday said it raided six locations linked to the company, including its headquarters in Gangnam, southern Seoul, its factory and a research institute in Sejong.

Namyang Dairy Products has been accused of claiming that the company’s Bulgaris yogurt drink reduces the chances of getting infected by Covid-19 by 77.78 percent and removes 99.999 percent of Influenza A (H1N1) virus.

The claims caused a huge fluctuation in the company’s stock price and led to panic buying of Bulgaris.

Retail investors bought more than 6 billion won ($5.36 million) worth of the company’s shares within just a few days of the company's claim made by a researcher from the company’s internal research institute at a symposium hosted by Korea Research Institute of Biomedical Science in mid-April.

In response, the ministry requested Sejong City take administrative measures against the company over the possible violations of advertising laws.

“We are currently looking into the case of violated advertising laws filed by the Ministry of Food and Drug Safety,” said a police spokesperson, according to a report from Yonhap. “The raid isn’t about suspicion on manipulation of stock price through false advertising.”