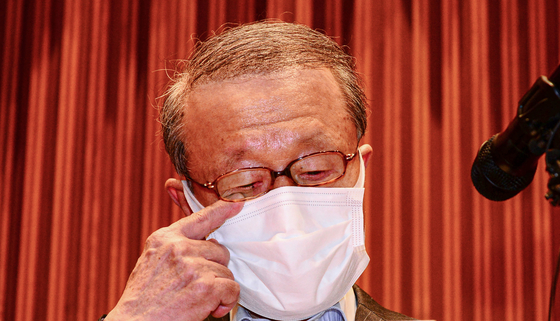 
The former chairman of Namyang Dairy Products has sold all his shares in the company following much criticized claims that the Bulgaris yogurt drink protects against Covid-19.

The takeover was announced after the former chairman on May 4 offered to resign after the Bulgaris claims received attention from bureaucrats, police and the public.

The head of Namyang’s research institute argued last month at a symposium that Bulgaris yogurt drink reduces the chance of a Covid-19 infection by 77.8 percent.

The Ministry of Food and Drug Safety said that the claim violated advertising laws, and police raided the company’s headquarters and its factory in Sejong.

“This marks our continued belief in the attractiveness of the Korea market despite headwinds presented by the current pandemic,” said Hahn Sang-won, Hahn & Company CEO, in a statement, noting “compelling opportunities to further expand and strengthen its brand.”