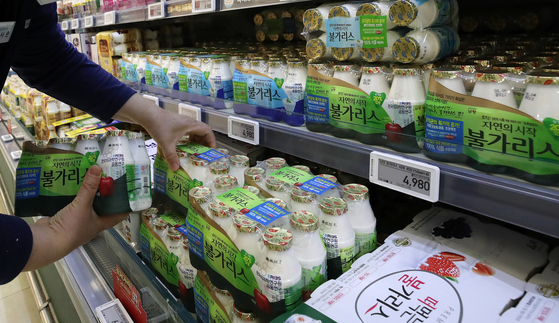 
Namyang Dairy Products CEO offered to resign following claims that one of the company’s drinks protects against Covid-19 infections.

Lee Kwang-bum, the CEO, apologized to employees in a letter and said he would step down, though his comments suggested that the issue over which he was resigning was more a matter of communication than content.

Lee made the apology two weeks after the head of Namyang’s research institute said at a symposium that Bulgaris, a dairy drink, reduces the chance of a Covid-19 infection by 77.8 percent.

The claims resulted in a rapid rise in the price of the company’s stock.

Last week, police raided the headquarters of Namyang after the Ministry of Food and Drug Safety filed a complaint against the company, saying that it violated the Act on the Labeling and Advertising of Food.

“I deeply apologize to employees over the recent depressing incident with regards to Bulgaris,” Lee wrote, adding that he “Caused huge pain and disappointment to the Namyang family.”

“I feel so sorry for the misunderstandings and the controversy caused by not having clearly explained the limits of the research. This is my fault,” Lee said.

His resignation will have to be voted on by the board, though no meeting has been scheduled.