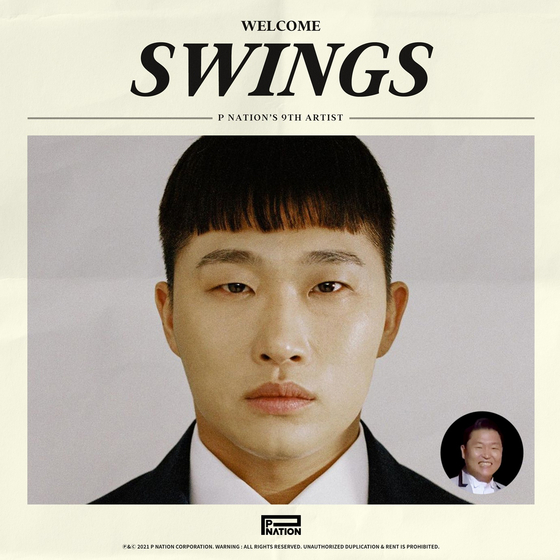 The agency is run by singer-songwriter Psy of "Gangnam Style" fame.

The rapper, who debuted in 2008 and has many hit songs like “On My Way,” has earned himself recognition as a hip hop expert on the local scene.

Swings also to participated in “Show Me the Money,” a hip hop survival program on Mnet, both as a contestant and as a judge.

He established his own indie hip hop label but stepped down as CEO in January last year, stating that he had become too distant from music.