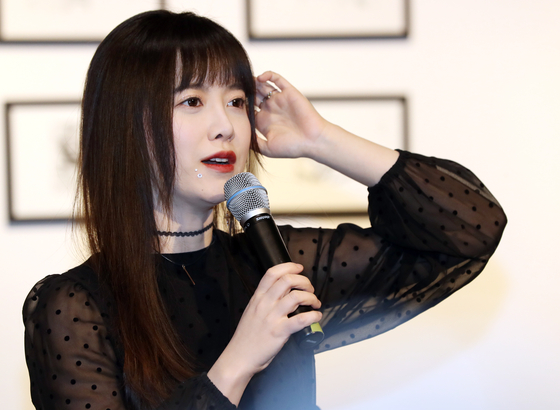 
Actor Koo Hye-sun has revealed that she is writing a biography.

Koo posted an image of text she had written on her social media on Friday.

The text begins with a memory from her youth. The actor said she wanted the spotlight in her neighborhood when she was young so spent a lot of time with her friends outdoors. She added that she also enjoyed writing and painted by herself.

She continued on to share that she has always been curious and learned to play the piano, the guitar and the violin which later helped her compose music. She also said her school teacher encouraged her to enter her art work in a national-level competition.

Koo debuted in 2002 through a commercial and then established a career as an actor by appearing in a variety of TV dramas including hit KBS series “Boys over Flowers" (2009). She has also tried her hand at movie directing and making music.