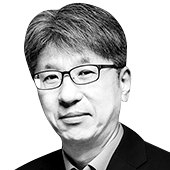 
If a nation faces a major crisis, what is most required of a head of state? Helio Fred Garcia, a renowned leadership communications expert, advises leaders to first tell facts to the people to help them comprehend the situation correctly. Thanks to the unparalleled candor of Franklin D. Roosevelt, Americans could trust the 32nd president of the United States, according to the author of “The Power of Communication: Skills to build trust, inspire loyalty, and lead effectively.”

Owing to the leadership based on forthrightness and compassion, Roosevelt could build the foundations for a 20-year reign of the Democrats in the United States. One of his major tools was Fireside Chats aimed at telling his compatriots what his administration was doing about the Great Depression and World War II. Through the chat, Americans felt as if their president were sitting next to them to consult them.

Roosevelt was President Moon Jae-in’s role model. The “Korean New Deal” project Moon ambitiously launched in 2020 to get through an economic crisis from the pandemic was named after Roosevelt’s New Deal during the Depression in the 1930s.

However, there seems to be a profound gulf between the two leaders in terms of two key elements of a successful presidency — honesty and sympathy. A case in point is the Moon administration’s obfuscating vaccination programs. Given Korea’s alarmingly low inoculation rate of 5.43 percent as of April 30, Moon should have apologized for having failed to secure enough Covid-19 vaccines for the people in advance instead of nonchalantly bragging about the government’s quarantine campaign.

On April 12, when public concerns about a shortage of vaccines reached a peak, Moon expressed strong confidence in addressing the problem. “Our government has cleared lots of uncertainties over vaccine supplies,” he said — without saying anything about Korea’s shameful vaccination rate of less than 3 percent.

The episode clearly shows how detached Moon is from reality. Earlier this year, he stressed the government had procured a “sufficient amount of vaccines.” Over the supply of Moderna and Pfizer vaccines, however, Moon changed his position and even mentioned the need to bring in Russia’s Sputnik V vaccine. Given all the frequent alterations, he should have explained to the people what really happened — and apologized if the need arose.

What bewildered the people above all was Moon’s endless parade of self-praise. In a meeting with his senior aides on April 19, he said, “Korea has become a model in disease control and economic recovery” following what he said six days earlier: “The economy is moving toward the end of the tunnel.” On April 27, Moon finally said, “The economy has been put back on track after going through a long and dark tunnel,” after seeing an unexpected growth, though minimal, in the first quarter.

But the rebound can mostly be attributed to increased liquidity from the gargantuan emergency relief. Positive Covid cases the following day still hovered around 755. Considering stagnant demand and sluggish employment, it was obviously too early to declare a victory on both the quarantine and economic fronts.

Moon’s communication problem has a history. He kept silence when he should have said something about a cut-throat battle between former Justice Minister Choo Mi-ae and former Prosecutor General Yoon Seok-youl over prosecution reforms. Moon should have spoken his mind when a South Korean fisheries official was burned and killed by North Korean Navy on the West Sea in 2020 for no reason. Moon’s approval rating, which fell to as low as 29 percent in a poll last week, is also connected to his inability to find a good timing in administering the country.

May 10 marks Moon’s 4th year in office. That means only a year is left before his steps down. In tough times, a commander in chief must give comfort and hope to his countrymen. Given the unbridgeable gap with Roosevelt, Moon must change the way he communicates with his fellow citizens. He criticized former President Park Geun-hye for trying to deliver her messages through meetings with her senior aides or government ministers, but Moon is following in her footsteps now. How can he explain the discrepancy? Why do the people have to listen to his instructions to his subordinates on television? How can such acts help build public trust? Moon must communicate with the public effectively — and efficiently. Otherwise, his remaining year in office could turn into an unprecedented lame duck period.

Appearing in the National Assembly last week, a first-term lawmaker from the ruling Democratic Party (DP) pointedly attacked the government for a lack of vaccine supply and attributed the DP’s crushing defeat in the April 7 mayoral by-elections in Seoul and Busan to the Moon administration’s inability to understand people’s anxiety and sympathize with them. That was a rare moment of self-reflection in the ruling camp. I hope the president closely communicates with the public instead of delivering his messages through the meetings with aides.