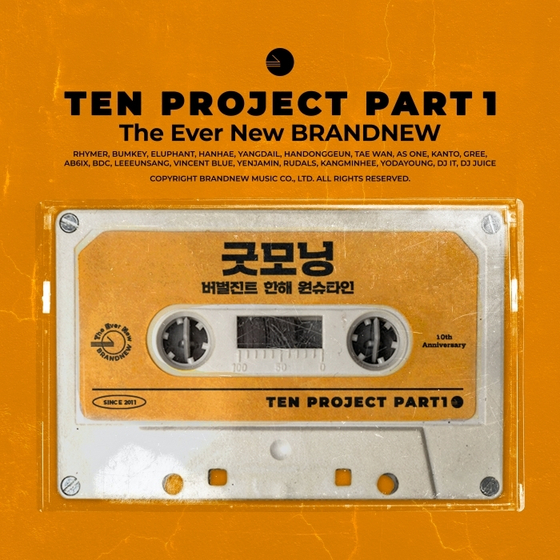 
Music label Brand New Music is starting a new project to remake their most popular songs in celebration of their label’s 10-year anniversary.

Titled “Ten Project,” the project will kick off with the release of Verbal Jint’s “Good Morning” on Tuesday.

“Good Morning” is the rapper’s iconic song released in 2012 featuring artist Kwon Jeong-yeol of 10CM. In the new version, rapper Hanhae will also be featured.

Established by rapper Rhymer in 2011, the label produced and released a wide variety of hip-hop songs much beloved by the public for a decade.

The selected songs will be released accordingly throughout the year, the label said.

Hankook Tire to launch new brand ‘iON’ from May