Village aims to revive itself by transforming into a hotel

Village aims to revive itself by transforming into a hotel 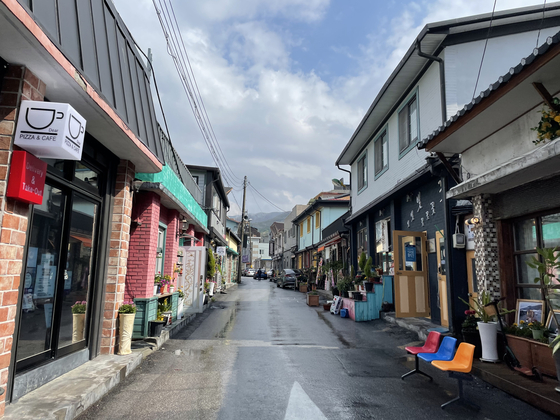 
GOHAN-EUP, Gangwon — The village of Gohan, once crowded with people working in the coal mines in the area, is trying to revive itself by turning into a hotel called Village Hotel 18 Street.

The hotel takes its name from a street which is now called Gohan 2-gil, but used to be Gohan 18-ri. The street starts from the Gohan Police Office to Gohan Gugongtan Market close to Gohan Station, and also marks the beginning of the hotel's facilities. 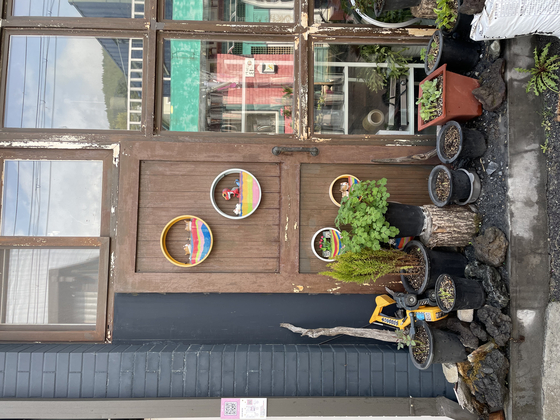 Decorations on the facade of a building in Gohan. [LEE SUN-MIN]

Instead of a tall building that has different facilities on each floor, the village’s people decided to use restaurants, cafes, and stores on the street to extend a guest house in the area. You stay in one building, and then go to eat at another building on the street. You can visit a dry cleaner a few doors down to wash your clothes before stopping off at a photographer’s studio to get a family portrait taken.

Neighbors in Gohan formed a cooperation about three years ago to invest into renovating some of the buildings on the street as the number of residents continued to decline over the years despite efforts from the government.

The town had a population of some 33,000 during 1960s to 1980s, but saw people leave as the coal mines closed, the last of which shut in 2001. Even the opening of High 1 Resort and Kangwon Land casino in 2000 didn’t help draw in visitors. Locals who were tired of living in a ghost town decided to try something new to attract people. 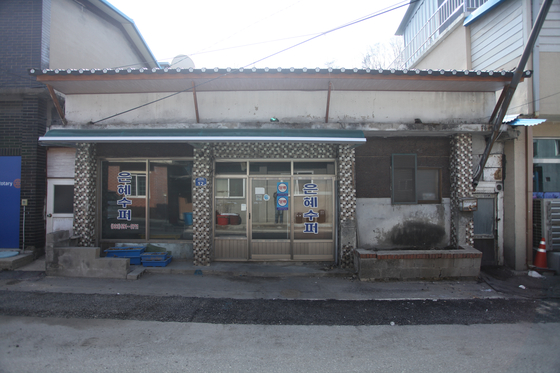 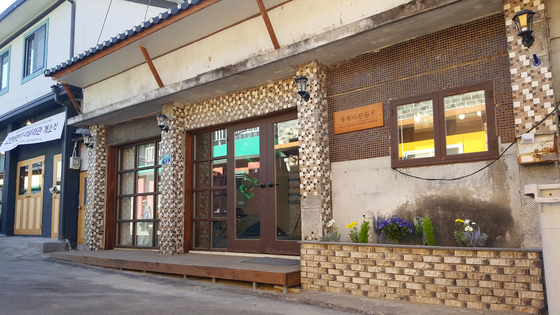 What used to be a supermarket, top, has been renovated into a photo studio, above. [VILLAGE HOTEL 18 STREET]

The village hotel, with three rooms, opened its doors in May last year with one official guest house that can be booked through online alongside other restaurants and shops. Since then it has grown to include a total of 14 shops. Other guest houses also want to join the cooperation so that they can be part of the village hotel facilities and be introduced in the official brochures. The affiliated shops all have signs to let overnight guests know that they are part of the cooperation and additional discounts are available.

“We are all locals who wanted to make more things happen for our hometown,” said Kim Jin-yong, a resident who runs a printing shop on the street. Kim also took on the role of marketing the village as a unique hotel facility in Gangwon. “What we have is not anything fancy. It's just cozy, but it seems to bring out some nostalgia for those who used to live on street like this a few decades ago.”

Kim said that in particular, those in their 40s who miss running around the streets of their countryside hometowns are booking rooms to come and stay with their families. They stay overnight with their young family members who are not familiar with the rural lifestyle and tell stories of their own youth. At first the cooperation was targeting visitors to High 1 Resort, but through the course of a year it learned that guests to the village hotel were more interested in visiting the village as a destination itself. 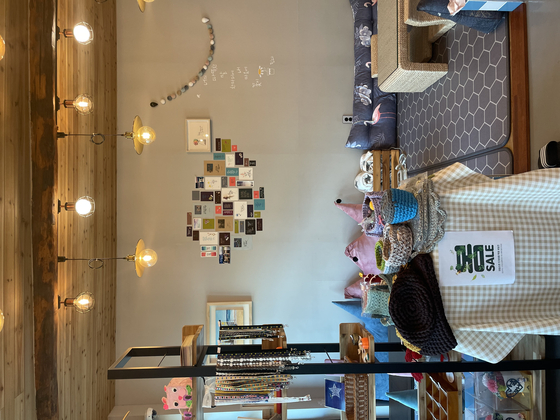 Inside a cafe along the street of the Village Hotel 18 Street. [LEE SUN-MIN]


The village hotel cooperation has applied to win funding from the regional government to add another guest house to the street. The government provides monetary support of 50 million won ($44,000) a year for three years to companies established by local residents in the region.
The new guest house, which locals hope will open within this year, will have a kitchen available for guests to use. That idea came from the feedback from previous guests.

“Now people from other regional governments or companies come over to check out how we do things here,” said Kim, especially the experts in city planning and renovation of deserted towns. “Even just three years ago, the street was filled with empty houses, and people were scared to come here. Yet the locals really got together and had a strong will to revive the street they used to walk around so freely.”

The first things guests need to do when they arrive in Gohan is find the printing shop which has converted part of its office space into a check-in counter and lobby.

The photo studio, which was once a supermarket, offers a service for guests to take photos in the village. Families and friends can choose a spot for more candid photos to have a souvenir to take home. In-studio portraits are also available. 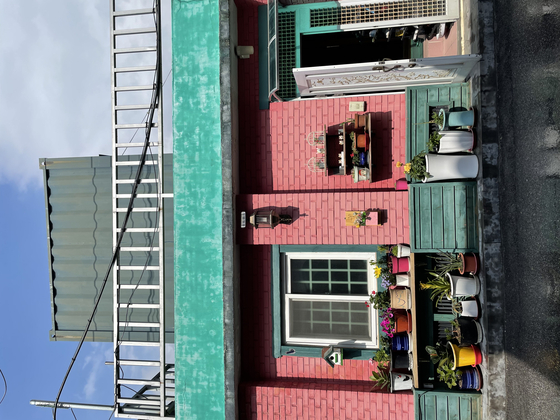 The town is also trying to market itself as the destination to see wildflowers by planting small gardens along the street. Some residents have also installed flowers made with LED lights for visitors to enjoy after dark.

To get an idea of the town back in the 60s to 80s, when coal mines were thriving, go to Samtan Art Mine. The factory-turned museum shows what the town looked like decades ago.

To get more information about Village Hotel 18 Street, go to www.hotel18.co.kr or call (070) 4157-8487. The overnight rate at the hotel starts at 80,000 won ($71) a night and goes up to 120,000 won for the largest room which can accommodate up to four people. To get there by car, it takes about three hours from Seoul City Hall in central Seoul. You can also go to Cheongnyangni Station and get on the Mugunghwa line train to Gohan Station. The train also takes about three hours. It takes about five minutes to walk from the station to the village.